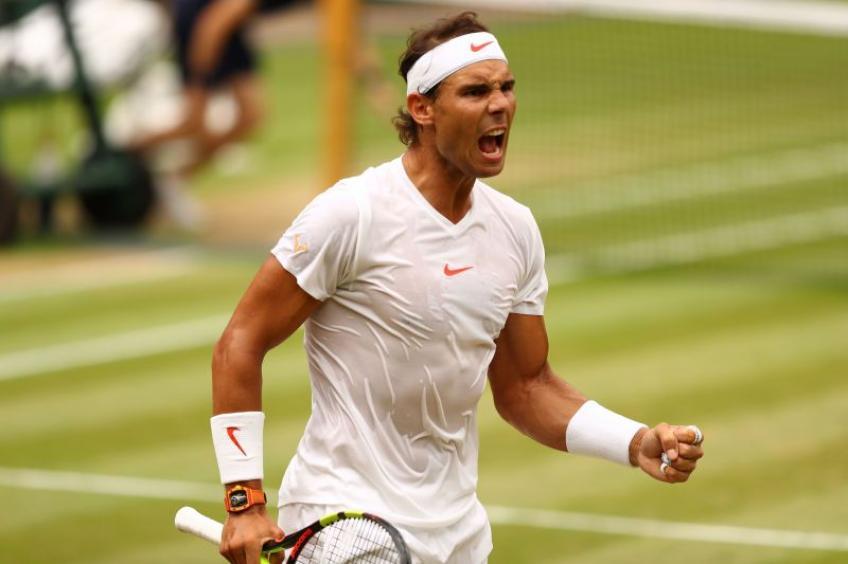 Perhaps not everyone knows that former world number 1 Rafael Nadal, winner of 12 Roland Garros and a total of 19 Grand Slam titles, entered the world of sport as a child thanks to soccer and not tennis. Even the Majorcan champion preferred to play football rather than with the racket and this was revealed by Rafael Nadal's first football coach, his compatriot Toni Mesquida.

Recently Miguel Angel Nadal, uncle of Rafael Nadal and legend of Spanish football with the shirts of Barcelona, ​​Mallorca and the Spanish national team, gave an interview to the microphones of the Calcio Napoli 24 Live program.

Miguel Angel talked about his nephew's passion for soccer and in particular for his passion for Real Madrid CF, a great Spanish soccer club: "Rafael Nadal has always been a football fanatic since he was a child, he follows and likes Real Madrid since childhood."

In a few days there will be the return match of the Champions League between FC Barcelona and SSC Naples and Miguel was asked which team will follow Rafa: "Surely both teams will try to do their best to win. And I believe, if for some reason, in the end it will be Napoli to win the victory, I believe that Rafa and his parts in general will be happy."

It is recent news, returning from a tennis perspective, that Rafael Nadal will not defend the title of defending champion at the US Open. The Spaniard declared that he does not feel like playing the American tournament at this time of crisis and health emergency.

The Iberian champion is not the only one and there are many tennis players willing to avoid the American tour at a time like this where the number of infections in the stars and stripes country continues to grow. In addition to Rafael Nadal, among the great absentees of the tournament there will also be the Swiss champion Roger Federer, who is stopped due to an injury, and who, unless there are surprises, will remain stationary for the entire 2020 season.

Rafael Nadal talked about his schedule

Nadal said: "The pressure of competing every single day is high, you can't hide that. When I come back home, I have the chance to go out and spend maybe just one day away from everything without thinking about tennis, just diving and spending the night on board.

It gives me positive vibes. When I am on the ocean, I normally come back with positive energy." In 2020, Nadal led Spain into the finals of the ATP Cup in Australia. A few weeks later at the Australian Open, he lost to the eventual finalist Dominic Thiem in the quarterfinals.

Presently, he’s training on clay courts and has announced his participation at the Mutua Madrid Open. Defending US Open champion Rafael Nadal and world No. 1 Novak Djokovic will headline the US Open warmup event next month in New York: it was announced on Wednesday.

Djokovic will be the No. 1 seed and Nadal the 2 for the Western & Southern Open running from 22 to 28 August in the lead-up to the US Open. The event was moved to New York from Cincinnati this year to create a tennis bubble at the USTA Billie Jean King National Tennis Center.

It is expected that both players will remain in New York and then play the US Open from 31 August to 13 September 2020. The ATP Masters 1000 event will be the first on the men's calendar since play was suspended in March because of the virus.

Among the other early entries on the men's side, which includes 40 of the top 43 ranked ATP players, are World No.3 Dominic Thiem, 2017 champion Grigor Dimitrov and Marin Cilic (2016).