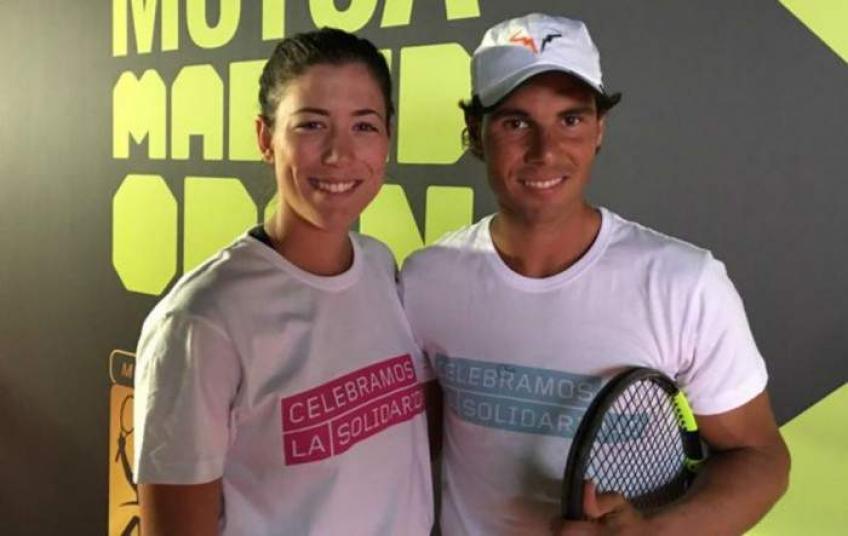 Garbine Muguruza, interviewed by El Tiempo, talked about the Big Three Rafael Nadal, Roger Federer and Novak Djokovic and their dominance. She said: "I think what is happening in the women's Tour is normal. That is the fact that there is a lot of competitiveness.

However, it is not normal that three of the best players in history Roger Federer, Rafael Nadal and Novak Djokovic live in the same era, as it did on the men's Tour. Usually, when a tennis player starts to lose, she goes down in the ranking and then goes back up when she wins again." She also talked about Serena Williams: "That of Serena Williams is a separate case.

She is exceptional, what she manages to do is very difficult." Finally commenting on Federer's proposal to merge ATP and WTA, Garbine said: “I think a merger of the two organizations would be very interesting. That would be tempting enough, although I don't know what it would require.

I don't even know if there is a more appropriate time to do it. Perhaps, that's exactly what it is. "
Winner of one edition of the Roland Garros and one of Wimbledon, the tennis player from Caracas also made the final at the last Australian Open in Melbourne.

In her career she boasts 7 WTA titles and in September 2017 she also reached the first position in the ranking.

Soderling on his enemy Rafael Nadal!

In very amazing interview of some minths ago, Robin Soderling revealed that in the past he often thought of suicide.

Instead in a recent interview, Robin Soderling explained his unorthodox tactics against Rafael Nadal at the 2009 French Open fourth round. Soderling said about that match: “At the 2009 Roland Garros, I became the first player to beat Rafael Nadal on the clay-courts of the Philippe Chatriere Stadium.

I went into the match with absolutely nothing to lose and everything to win. I didn't know how to play with topspin anyway, so I just played even flatter. I didn't care if I missed. I knew I wouldn’t win if I didn’t take my chances and that day it worked out really well.

I was playing so freely. That was an amazing feeling. To those who dedicate themselves to sport and their entire environment, I tell them to train hard and take it very easy. From here I tell them to play sports because they feel comfortable doing it and not because of pressure.