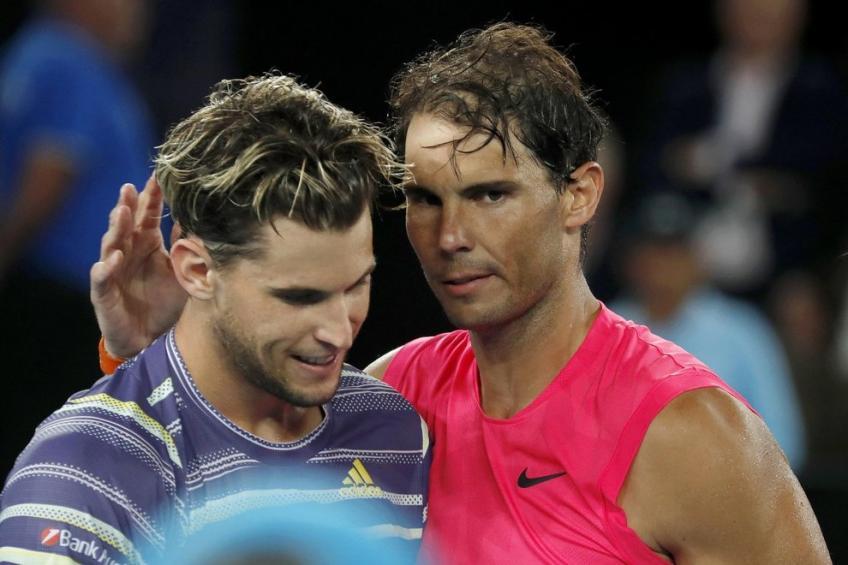 The Coronavirus emergency has upset the international calendar, after forcing the top management of ATP and WTA to suspend both circuits for about six months. Numerous tournaments have been canceled, while others have had to adapt to the remaining holes in the calendar.

Wimbledon was canceled for the first time since World War II, the Tokyo Olympics have been postponed to next year, without forgetting that the US Open and the Roland Garros will be held just two weeks apart. In between there will be the Masters 1000 in Rome, which also benefited from the cancellation of the Mutua Madrid Open.

In a recent interview, Dominic Thiem was asked if he ever considered skipping the US Open to focus directly on the Roland Garros. A choice that would have followed that of Rafael Nadal, who will not fly to New York to hunt for his 13th success in Paris.

Contrary to expectations, the Austrian revealed that he had never hypothesized such a scenario.

“I noticed right away that Rafael Nadal was only training on clay. Thanks to the changes that have been made to the ranking due to the Coronavirus, he will not lose points, so it was the most logical decision for Nadal ”- explained the world number 3.

“The US Open has always remained in my schedule, I never wanted this Grand Slam to be canceled. Obviously on condition that everything was made safe ”- he added. The ATP has recently developed a different ranking system than usual.

The system of the 18 best results over 52 weeks has been extended to a total period of 22 months. This means that players have the opportunity to skip an event this year, without having to worry about defending the points they won last year.

In the absence of Federer and Nadal, Thiem will be one of the main rivals on Novak Djokovic's path to his 18th Major. Rafael Nadal defends Novak Djokovic This year, the US Open in New York will not see the champion of the past season compete for the defense of his title: the Spaniard Rafael Nadal, in fact, announced a few days ago that he will not take part in the American Grand Slam, since the Covid-19 situation in the US is still quite compromised.

Any decision can be wrong or right. What we are facing is an unpredictable situation. I really hope that people learn from the Adria Tour and that we continue to move forward in the best way. "