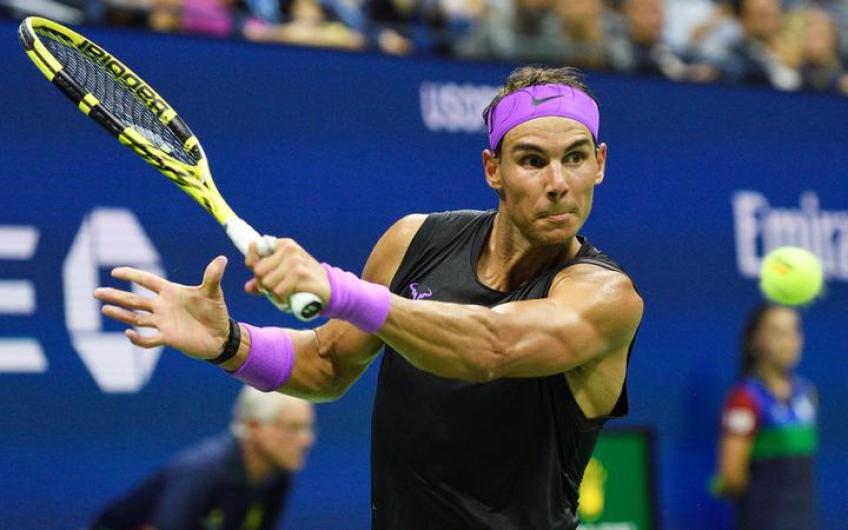 In the 2018 Rogers Cup in Toronto, 20-year-old Stefanos Tsitsipas was not even seeded. After defeating players such as Damir Dzumhur, Dominic Thiem, Novak Djokovic, Alexander Zverev and Kevin Anderson, the Greek found himself facing the number one seeded Rafael Nadal in the final.

A few weeks earlier, on the red clay in Barcelona, ​​the Spanish champion had beaten Tsitsipas himself with a score of 6-2 6-1. Again, success smiled on the Majorcan: Rafa triumphed 6-2 7-6, thus winning his fourth trophy in Canada and 33rd in a Masters 1000.

Commenting on the match after the defeat, the tennis player from Athens stated: “I have already lost to Rafael Nadal in Barcelona. It is not easy to come back and play another final against him.

I was a bit nervous and was thinking too much, which I haven't done in previous matches." Stefanos will only be able to overtake Nadal in the semi-final of the Madrid Open 2019, with the score of 6-4 2-6 6-3. To date, this is the only victory for the Greek against the Majorcan.

In that same 2018, Tsitsipas will reach his first success on the ATP circuit at the Stockholm Open, beating Ernests Gulbis in the final with a double 6-4. The Athenian will also repeat himself at the Next Gen in Milan, beating Alex de Minaur.

A few months later, at the Australian Open, Stefanos will win his very first Slam semi-final in his career, beating our Matteo Berrettini, Viktor Troicki, Nikoloz Basilashvili, the Swiss Roger Federer and Roberto Bautista Agut in order, being defeated once again by Rafael Nadal (2-6 4-6 0-6).

In the last edition of the Slam in Melburne, the Greek reached the third round, surprised in three sets by the Canadian Milos Raonic. In Marseille he won the title against Félix Auger-Aliassime, while at the Dubai Tennis Championships he lost in the final against a too superior Novak Djokovic.

And talking about Nadal and Djokovic, the Spaniard said on his rival: “I think most players want the best for the world and for people. It is clear that a mistake has been made in setting up the Tour in Serbia and Croatia, but it is normal to make mistakes when you have to face an unprecedented situation."

Regarding the next edition of Roland Garros, where he also has to defend last year’s triumph, Rafa said: “The players need to make a decision, but I don't want to say that mine is the right one. Any decision can be wrong or right.

What we are facing is an unpredictable situation. I really hope that people learn from the Adria Tour and that we continue to move forward in the best way."