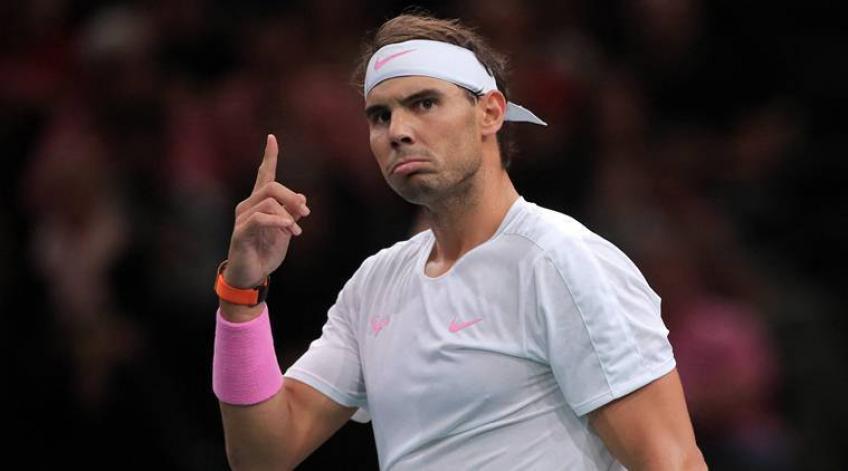 A lot of years ago few pepole would have imagined that Rafael Nadal would have had such a long career at the highest levels. The Spanish champion has had to deal with numerous injuries during his career, but he has never given up, indeed he has managed to move within one distance of his eternal rival Roger Federer in the all-time Grand Slam standings.

The former world number 1 has chosen not to defend the title won at the US Open, preferring to concentrate all his energies on the Roland Garros scheduled for late September. The 19-time Grand Slam champion has often said that tennis achievements don't affect his life off the court, as well as learning to treat winning and losing in the same way.

The Mallorcan already feels very lucky to have had the chance to pursue his dream, and is grateful for all that sport has given him. In his long career he won more than 80 ATP titles, two Olympic gold medals, 19 Slams and he got the Career Golden Slam.

Nadal: "I'll look for other reasons in life"

“Everything has a beginning and an end, I'm not one of those people who are afraid of the end” - said Nadal in a long interview with GQ magazine. “I have great respect, but absolutely not afraid.

When the end of my career comes, I will accept it and continue to seek motivation in life. In all these months I have thought little about tennis. I think there have been much more important and unpleasant things, in front of which sport takes a back seat ”- added the twelve-time Roland Garros champion.

Rafa has not yet lifted his reservations regarding his participation in the clay court season. “I can't give a certain answer at the moment, we'll have to see how the situation will evolve. When the time comes, I will make a decision and will only do so after I have talked with my family and my team.

All together we will make the decision we consider most appropriate "- concluded the Iberian, present in the entry list of the Italian Open. Out of the US Open, Rafa apart, also Roger Federer, Gael Monfils, Fabio Fognini, Stan Wawrinka, Nick Kyrgios, Jo-Wilfried Tsonga, Lucas Pouille, Pierre-Hugues Herbert and Nicolas Jarry.