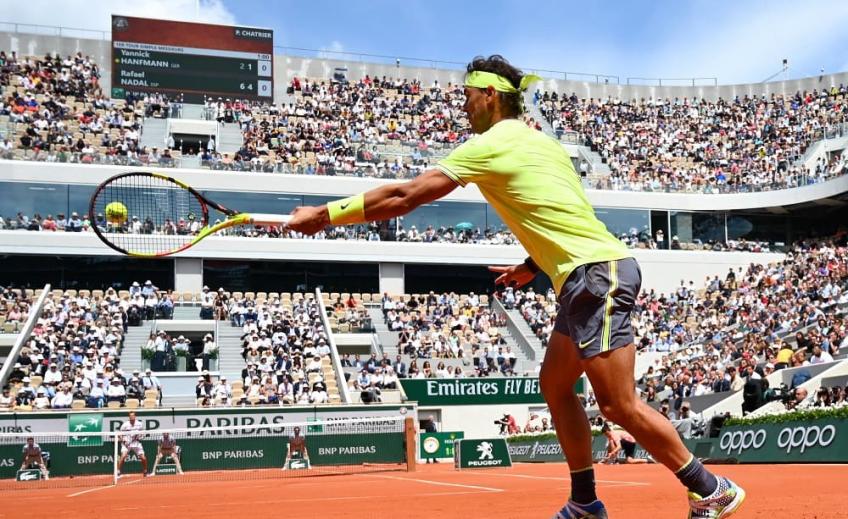 Rafael Nadal had said some time ago on his ideas about returning to tour after the pandemic has calmed down: "When I hit a ball again, my arm is going to hurt in several places...my wrist, my elbow...When you are out of action, the risk of injury is a lot greater than when you are exercising." Could have Rafael many fears to play the two Slams? Before the world health crisis, Rafael Nadal was cruising down a road of capturing many tournaments and grand Slams.

He had won the French Open over Dominic Thiem, the Rogers Cup and the US Open against Daniil Medvedev. He would further go on and win the Mexican Open, his third title there in his career over NextGen Taylor Fritz. But one fear Nadal has is coming back from inactivity and no competition as he'll be doing soon when playing the US Open.

Injury is at the top of his mind and his Uncle Toni has said to the media that: "The schedule is absurd, there are too many major tournaments in a few weeks...the schedule goes against veteran and multi-titled players. There is also the thought of not doing well besides from getting injured.

The Spaniard will have to defend his titles at both Slams and not sure he will be proficient in accomplishing that feat. He had captured the French Open title last year over Dominic Thiem in four tough sets. The idea of winning both again after this long layoff will start to prove questionable.

"He isn't 20 years old...his mental and physical state are the priority..." his coach Carlos Moya has said.

Rafael Nadal and the next months

The World to some regard has gotten better with its outbreak calming, but players hear of the sicknesses and then there's the Novak Djokovic's Adria Tour.

But that is a special situation which didn't have the utmost protections in place for a world still having the virus no matter how lessened. Nadal admits: "I would be ok playing without fans...but what I'm seeing, even though things are improving for our sport I don't see it prudent to be competing again any time soon" Many just don't want to jump to conclusions or come out and say they are not going to play because of the pandemic.

The U.S. Open supposedly coming up and then Roland Garros, two great slams, most players need the competitive play and most the money from being inactive going on 4 or 5 months. The Citi Open in Washington DC will be the next tournament that who knows will actually have the main players participating or now.

Previously the Volvo Open in Charleston was reformatted to be the Credit One Bank Invitational and included 16 top women players and teams which proved a hit. Other tournaments are also being formed located in the States which are having positive effects.

But for the top 4 or 5 players not only on the men's side but womens, many have decided on not taking a chance until next year. Novak Djokovic, Ashleigh Barty and Simona Halep have grew negative thoughts on the idea. At this point those hidden fears for Rafael Nadal still prevail and the result surely not be to the fans and promoters' advantage.