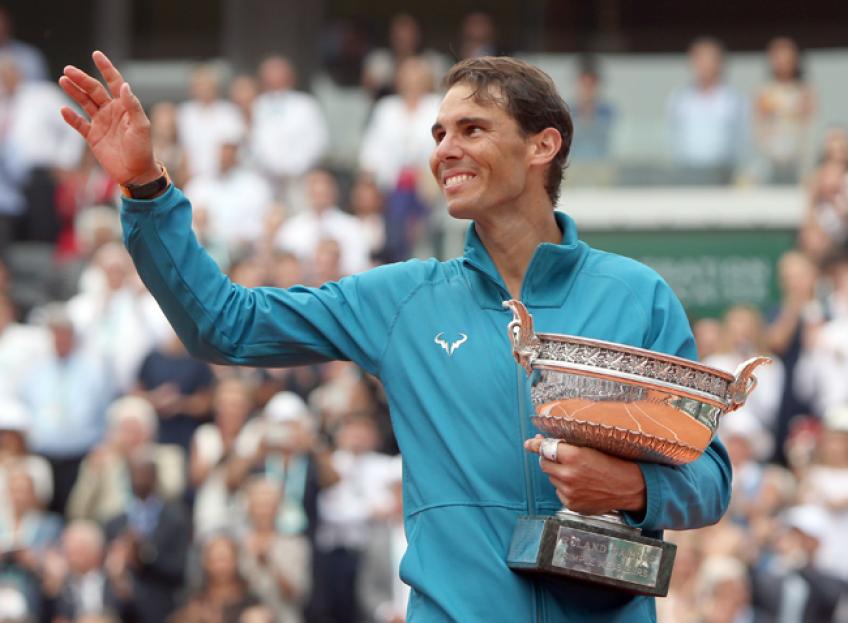 Thanks to a career full of successes, the Spanish champion Rafael Nadal has raised over 120 million dollars in prize money only thanks to individual tournaments, a figure that exceeds 200 million and continues to grow thanks to the huge sponsorships close to the Mallorcan star.

Rafa is certainly not a man who makes a sensation for throwing money with crazy expenses and he made a lot of noise when, at Roland Garros 2019, he showed up with a Richard Mille watch of over 725 thousand dollars. When a great champion rises to the level of Rafael Nadal it often happens that the big brands pay you to wear their items.

Rafael Nadal and how his life works

Rafael Nadal works off the pitch with Emporio Armani who composes his clothing and has signed a big sponsorship deal with Nike, a $ 50 million deal. Rafa also has sponsorships with Telefonica, Babolat and Kia Motors.

Rafa has been the main ambassador of the latter since 2014. Nadal is a great fan of valuable cars and also has several Ferraris and Aston Martins among his cars. On time, however, probably for sponsorship reasons, he is seen driving around with a Kia car.

He also owns a very large yacht worth 2.8 million dollars, his house in Spain is worth about 1.5 million while he also owns a luxury villa worth 2 million dollars in the Dominican Republic. Rafa also thinks of others, he is often remembered as a tennis player "with a heart of gold": for example, in this 2020, a really tough year for the whole world due to the Pandemic, he collected about 10 million euros together with another great sportsman Spanish basketball player Nba Pau Gasol.

In 2008 he founded the Fundación Rafa Nadal, a foundation run by his mother that helps the most disadvantaged children. Rafael Nadal is or will certainly be considered a big spendthrift but it is equally clear that we are dealing with a tennis player with an even bigger heart.

Together with his wife Francisca Perello, who manages the foundation, at Rafa Nadal Academy, the Spaniard has helped many people: it is also seen during the months of lockdown, when he encouraged and supported his young people from the Academy and, after , when he helped them with training.

Rafa is currently number 2 in the world, he does not participate in the American tour and in particular at the US Open due to this pandemic that has complicated all his plans as a tennis player.