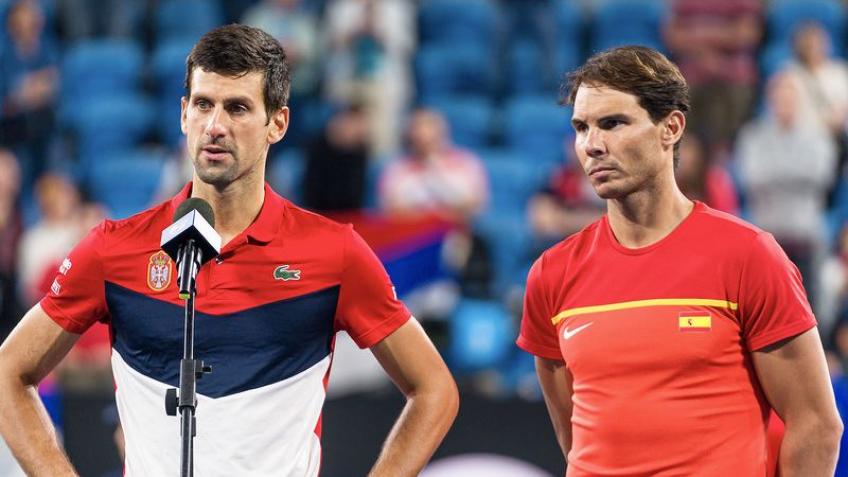 He struggled more than expected but in the end Novak Djokovic continues to win and won in order to reach the round of the Us Open 2020. During the press conference we talked about the match and not only with the number 1 in the world who is returned to PTPA, a new association of tennis players "founded" by Djokovic himself and by Pospisil.

Currently Roger Federer and Rafael Nadal, the other two tennis players of the so-called Big Three, are not present in this organization and do not seem inclined to participate soon.

Djokovic's words about Federer and Nadal

During the press conference, the Serbian champion talked about the situation as follows: "With this new association of tennis players we carry on the legacy of previous generations.

At the same time I think it is wrong how this new association has been labeled, they see it as something negative in the organization of tennis, so it seems from the statements of the ATP or the tennis players close to it.

It is not an easy thing to deal with, we are in the middle of a tournament, it all happened before the semifinal in Cincinnati and although it does not seem to be talked about there is still a lot of noise around this organization.

This makes me happy, we are moving forward and we have the best intentions for tennis players. I don't want to fight against anyone and we are not against the ITF or the ATP. I think there will always be a place for these organizations, there is always a place for everyone even though there are people who don't want our affirmation.

Now the next step after the US Open will be to create a legal organization, this is a great long-term project, its convinced and motivated and more and more tennis players sign up and sign our document. Federer and Nadal? Yes, I talked to them about it.

We have talked about this several times in the past, I talked to them even before making it official and before appearing all together on the pitch last Saturday. I respect their decision not to get involved, they believe this is not the right time, but I don't share their thoughts.

I do not agree. For the tennis association it is always the right time, I believe that in the last 20 years any moment would have been the right one. For some reasons it has never been able to materialize but now finally all this is being born.