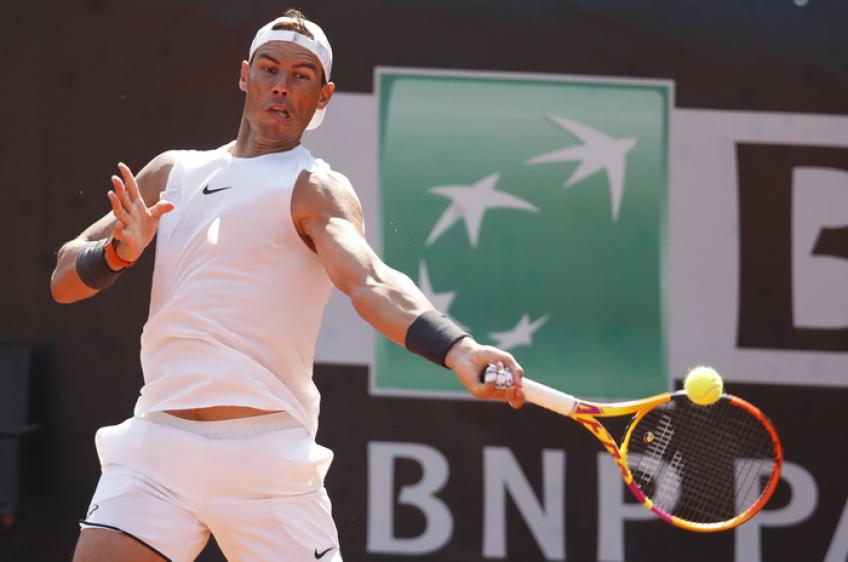 Pablo Carreno Busta. After seven months of absence from the ATP Tour, Rafael Nadal will face Pablo Carreno Busta. Semifinalist at the US Open and with a performance-bye on his shoulders. This is the first verdict of the Main Draw of Rome, the first real appointment on the clay-courts in the men's Tour since the restart.

The number two of the seeding - who will go after the fourth 10 titles torurnament in his career - could find Milos Raonic in the third round and contend with one between Diego Schwartzman and Andrey Rublev in the quarter-finals.

To garrison the upper part of the third-segment of the board there will be Fabio Fognini on a collision course with one between Ugo Humbert and Kevin Anderson. In the third round, for the blue number two, there could be one between Denis Shapovalov and Guido Pella.

In the quarters in conditions of absolute normality Stefanos Tsitsipas. The second round opponent of the number three of the seeding will come out of the challenge between "our" Jannik Sinner and Benoit Paire. The first (and also only) player to test positive in the Flushing Meadows bubble.

Djokovic, is Wawrinka in the quarters?

It is not too much better for the leader of the big group Novak Djokovic, fresh from the surreal experience in the New York bubble, who after Salvatore Caruso (or a qualified) could find in the order Felix Auger Aliassime and Stan Wawrinka.

It is impressive to read the number four next to the line of Matteo Berrettini, still late in condition, who in the second round will find either a qualifier or Jan-Lennard Struff. Rafa Nadal had decided not to participate in tournaments on American hardcourt mainly for two reasons: the first linked to the high number of infections that can be counted in the USA and in the state of New York; the second for fear of a possible quarantine at the end of the US Open that would not allow him to have the time necessary to train on clay in view of the European tournaments.

He won the match and now he will challenge Daniil Medvedev in the semifinal. Out Roger Federer after the double knee surgeries: he will come back 2021 for the upcoming Australian Open Slam.