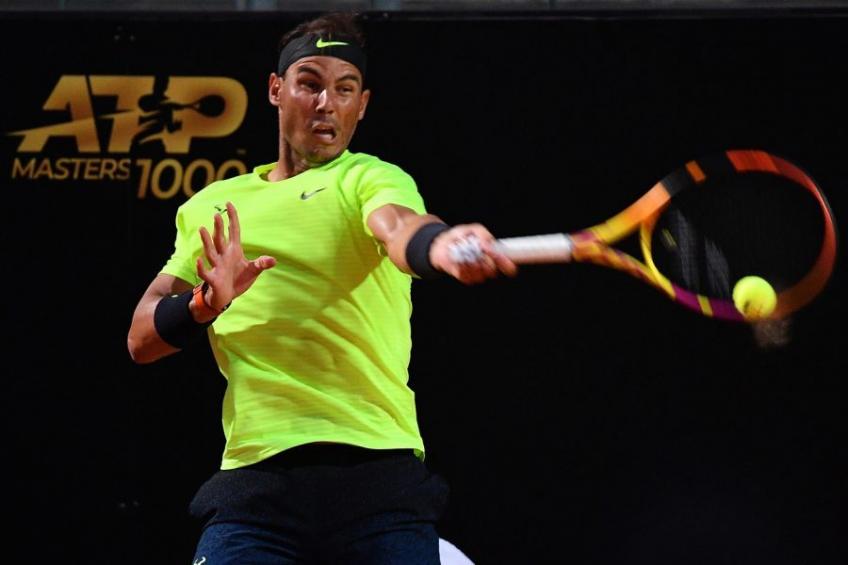 After 200 passed since his last appearance on the ATP Tour, from when he played his last match in the final of the Acapulco tournament on 29 February, Rafael Nadal finally came back for the Italian Open 2020. The outbreak of the Coronavirus emergency would have upset everyone's lives, but apparently it did not affect the Spaniard's desire to grind opponents on his beloved clay-courts.

The world number 2, who hadn't played a game on red for 15 months (the final of Roland Garros was held on 9 June 2019), annihilated his compatriot Pablo Carreno Busta 6-1 6-1, qualifying for the round of 16 final of the Internazionali BNL d'Italia.

The Manacor champion, who boasts an incredible 62 wins and only six defeats in Rome, has re-launched his candidacy to conquer the 36th Masters 1000 of his extraordinary career. The equilibrium lasted only for three games, just long enough for Rafa to find the measures of the court and frustrate any hope of Carreno.

The 29-year-old from Gijon, who in any case had just returned from the semifinal at the US Open, held up for the first 16 minutes, only to be swept away under the blows of a wild Nadal. As the minutes went by, it became more and more evident that the Majorcan was much more at ease, inducing his rival to try daring solutions that almost nevertheless have been rewarded.

The 19-time Grand Slam champion did not even concede the honor of arms to poor Pablo, who at 4-1 in the second set collected yet another overwhelming row from Nadal. For the former ATP number 1 this is the 14th victory out of 17 games played this year, but what matters most is having found a Rafa in excellent physical condition after more than six months of hiatus.

At the Roland Garros he will once again be the man to beat. The next obstacle in his path will come out of the challenge between Milos Raonic and Dusan Lajovic. So, with the start of the Internazionali BNL d'Italia, in Rome, the short European clay-season also begins, which will culminate with the French Open 2020 in autumn.

Rafael Nadal is back after months to play a tennis match. In search of his tenth title at the Italian Open, the Spaniard was the protagonist of a monstrous performance against his countryman Pablo Carreno-Busta, winning 6-1 6-1 and qualifying for the third round, where he will meet the winner of the challenge between Raonic and Lajovic.