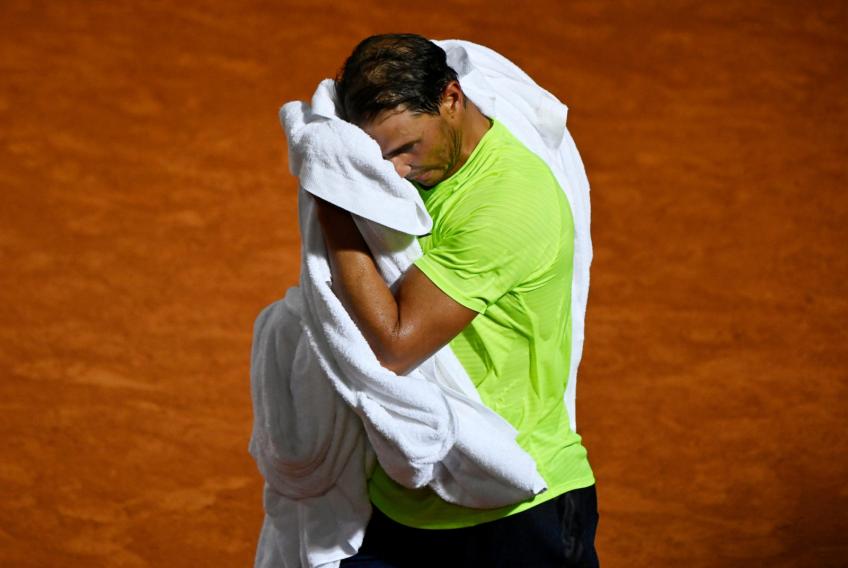 Against Rafael Nadal, in the quarterfinals of the Italian Open 2020 the Argentinian Diego Schwartzman plays a set in heaven and in a match of quantity and quality, seasoned with thirty-one winners and just seventeen unforced error, pushes himself to 6-2 7-5 when the clock has just passed two hours.

It is not an approximate Nadal, on the contrary, but a Nadal who still concedes something near the finish line. When twice he has the opportunity to put his head forward, for example. The Spanish champion prematurely renounces the appointment with the Rome ten title.

Schwartzman will challenge Denis Shapovalov for a place in the final. Question for Schwartzman: Can you play tennis better than this? Answer: no. Despite some unusual mistakes - and a rather low percentage of first balls on the pitch - Nadal does not attend in a circumstantial manner.

It simply does not find valid alternatives. He raises his trajectories in an attempt not to give reference points, he tries to put his feet on the pitch and look out near the net, he relies almost obsessively on the short ball to give up prolonged exchanges.

Yes, Nadal renounces prolonged exchanges because in direct confrontation he loses the vast majority. A paradox. Schwartzman clears a break point when the scoreboard says "1-2" and breaks the balance with a 9-0 mega-run.

The zero return turn is a technical-tactical masterpiece embellished by a backhand response that cuts the pitch in two. "El Peque" does not allow itself to be influenced in any way by circumstances. Rather. Nadal unloads all the frustration with a short ball into the net - in the seventh game and at 30-40 - before abandoning himself to the final 2-6 which he tries to question with a handful of aggressive responses.

Useless, one might say. Nadal concedes break points in three of the first four batting rounds. Yes, it makes some improvements to the tactical plan in an attempt to recover centimeters in prolonged exchanges, but it does and undoes.

Schwartzman finds himself on 4-3 and 5-4 with the serve available, but collects two fifteen overall. When logic seems to channel Nadal on the road to comeback, things turn around. El Peque takes advantage of another unfortunate turn of service of the very Spanish champion - who on 15-40 even launches into an unlikely serve-and-volley - and closes the practice on the third useful attempt.

Denis Shapovalov moves the zero from the W box against Grigor Dimitrov and maintains the unbeaten run in the 1000th quarter. The Canadian talent, despite a hole in the heart of the match, finds the way to 6-2 3-6 6-3 at the threshold of two hours of gameplay.

Should he win against Schwartzman, he would appear among the top ten players in the world for the first time in his career. Fresh from two rather brutal defeats in the New York bubble, Marketa Vondrousova finds good feelings on the land of Rome.

The Czech cancels the nine break points that she puts at the disposal of Elina Svitolina and adds her third career victory against a Top 10 to the pearl necklace. The 6-3 6-0 tells practically everything. Waiting for her will be the defending champion Karolina Pliskova, who against Elise Mertens falls asleep at 6-3 3-1 only to rearrange her ideas in the third. After a 0-5 split, the Czech replies with a 6-0 and replaces at least among the top four.