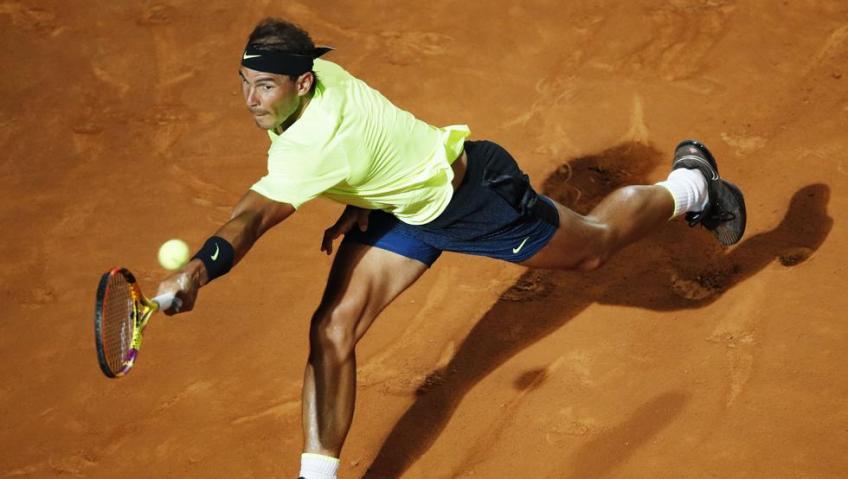 Interesting statements from Rafael Nadal after the match he won at the Italian Open against Dusan Lajovic, who played an excellent match, and it is this small detail that explains the greatness of Rafael Nadal on clay-courts.

The game ended with the score of 6-1, 6-3 in favor of the Majorcan, who seems to have never stopped despite the six and a half months of stop. Nadal did not go to New York because he considered it unsafe to reach one of the countries most affected by the health emergency and was able to prepare for the season on red in the best possible way.

It goes without saying that his great goal remains to win Roland Garros for the thirteenth time and that, seeing his first performances in Rome, he will present himself in France once again as the all-time favorite.

Nadal and the Slam Race

"Tonight I played a very solid match, with great intensity," Nadal explained at a press conference.

“I want to keep improving. I have spent a long time without competing and am playing better than I expected. I feel I have made a lot of progress since three weeks ago and I need to keep improving. It was a priority to win games here in Rome, because what I need is to spend time on the pitch to recover my level.

Physically I still have to improve, no matter how much I train, the competition requires more physical effort. "Thanks to the work done by Minister Spadafora and the Italian authorities, the Foro Italico will be able to accommodate 1000 spectators during the semifinals and the final.

"Is fantastic. A thousand spectators is not a lot but it is still something. I am happy for the tournament and for tennis in general. I'm not surprised because the situation is constantly changing ”. Finally, Nadal talked about the possibility of becoming the player with the most Grand Slam tournaments won in his career.

“Throughout my career I have said the same thing: I am not obsessed with finishing with more titles than Roger Federer or Novak Djokovic. I know you pay close attention to this and I understand it. Obviously I would like to finish my career with 25 Grand Slam titles, but it seems unlikely." On the Rome clay-courts, Rafael Nadal was defeated by Diego Schwartzman in quarterfinals of the Italian Open 2020.

The Argentine tennis player plays a set in heaven and in a match of quantity and quality, with thirty-one winners and just seventeen unforced errors, and he pushes to 6-2 7-5 when the clock has just passed two hours. It is not an approximate Nadal, on the contrary, but a Nadal who still concedes something near the finish line.

When twice he has the opportunity to put his head forward, for example. The Spanish champion prematurely renounces the appointment with the ten title at the Foro Italico and above all the overtaking of ATP Masters 1000 titles against Novak Djokovic. Schwartzman will challenge Denis Shapovalov for a place in the final.