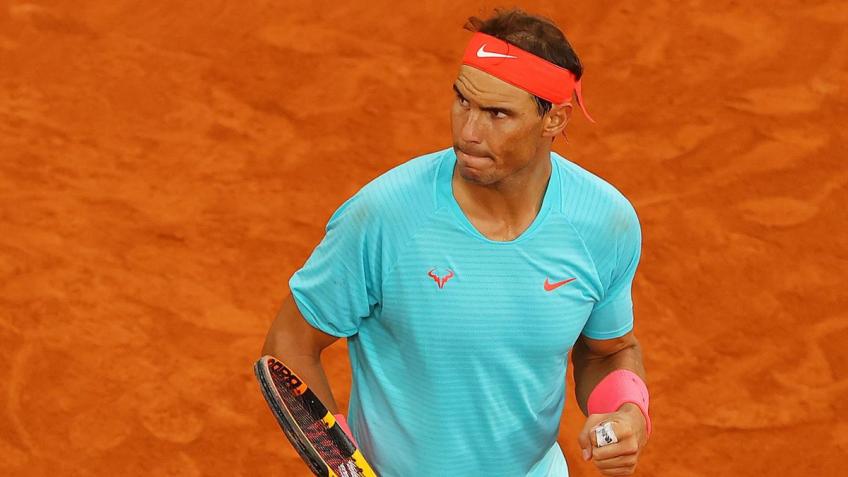 Rafael Nadal sets out to attack the 13th Roland Garros title on the clay-courts of Bois de Boulogne, by defeating Egor Gerasimov. Relatively suffering in the very early stages of the third set. The Spanish champion, who in the vast majority of cases is limited to a management job, is satisfied with the bare minimum in response (the first break places him on 3-2, the second on 2-1) and remedies a bad- departure in the moment of maximum tranquility.

Needless to say he engulfs the next six games and seals the final success with a very rocky 6-4 6-4 6-2. At the end of the race there are thirty-one winners and just eighteen unforced errors.. In general, Mackenzie McDonald shouldn't be a problem in the second round either.

In principle, only the conditions could limit the ride of the twelve times of the tournament. The conditions, yes, followed by Dominic Thiem and Novak Djokovic. For the Austrian talent, the one with Marin Cilic is an afternoon like many others.

A paradox, somehow. The very fresh winner of the Us Open, two times finalist on the red clay in Paris, after a few weeks in the pits returns with a very heavy 6-4 6-3 6-3 on his shoulders. Stained, only in part, by a mini black out in the third set.

The number one in the world to put his feet-and-hands on Philippe Chatrier on Tuesday. To record is the success of Casper Ruud, in the list of surprises the 7-5 6-3 6-3 of Yoshito Nishioka against a bad Felix Auger Aliassime.

Kristie Ahn, like in Flushing Meadows, is number one for Serena Williams. The twenty-three time Grand Slam champion, who finds herself recovering a break from a disadvantage on two occasions, remedies a lethargic start and breaks the balance in the heart of the jeu decisif with a splendid acceleration from the forehand.

The second set is a completely necessary outline that is the backdrop to an inevitable success (7-6 6-0). Just like in Flushing Meadows, to stay on the subject, the American will meet again with Tsvetana Pironkova. Elina Svitolina does not shine, who still finds the way to victory with Varvara Gracheva, she even needs to recover a break from behind in the third Garbine Muguruza.

The semifinalist-revelation of the previous edition (Amanda Anisimova) wins, while in the debut match the finalist (Marketa Vondrousova) collects just three games. Iga Swiatek stops the clock after just over sixty minutes of play.