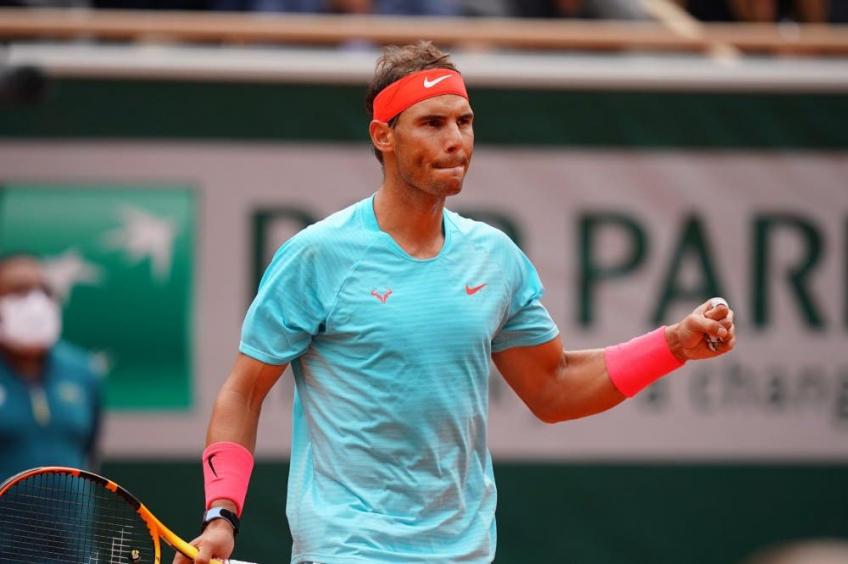 All easy for the defending champion Rafael Nadal who faced the Italian Stefano Travaglia. The Spaniard managed the match well from the very first games, managing to impose his game without ever suffering the attacks of Travaglia.

The first set was little more than a training session: the Majorcan won it, in fact, by 6-1 in less than half an hour. In the second half of the game comes the reaction of the Italian who manages to make the game even up to 3 to 3.

Then he suffers the only break of the set that Nadal keeps closing the fraction with a score of 6-4. The third set is immediately downhill for Nadal who breaks his opponent's service at the opening closing the game in three sets with the score of 6-1 6-4 6-0.

The Spaniard will face in the round of 16 Sebastina Korda number 213 ATP. It was a tournament to forget for Stan Wawrinka who greets Paris in the third round beaten in the fifth set by home player Hugo Gaston number 239 in the ranking.

The Swiss made a good start, winning the first set 6-2. But from that moment the game changes because the Frenchman takes the chair and comes back to the game by winning second and third sets. In the fourth fraction comes the reaction of the Swiss, who manages to snatch the serve from the Frenchman and close the set 6-4.

Wawrinka, Thiem and the others

But in the fifth and decisive set, the energies leave Wawrinka who after having suffered a break at the opening is no longer able to win a game losing the set with a score of 6-0. Gaston will be called to the miracle in the round of 16, where he will face Dominic Thiem.

Jannik Sinner and Lorenzo Sonego made Italy happy: they qualified for the fourth round of the tournament, like the home-crowd Carolina Garcia. As we said before, Dominic Thiem is the best alternative to Rafael Nadal and Novak Djokovic on clay-courts, after his first Slam victory in Flushing Meadows at least hooks the fourth round also at the French Open 2020.

Two hours and fifteen minutes: the Austrian talent needs so much to regulate the practice Casper Ruud. In a challenge that number three dominates from the baseline - and which he manages thanks to a very high percentage of points with the first ball - the vast majority of problems are condensed close to the start.

Called to keep a 3-1 advantage, the Norwegian tennis player loses nine of the next eleven games and in the third is practically in time only to move the zero from the game box. The final 6-4 6-3 6-1 frankly does not leave room for too many interpretations.