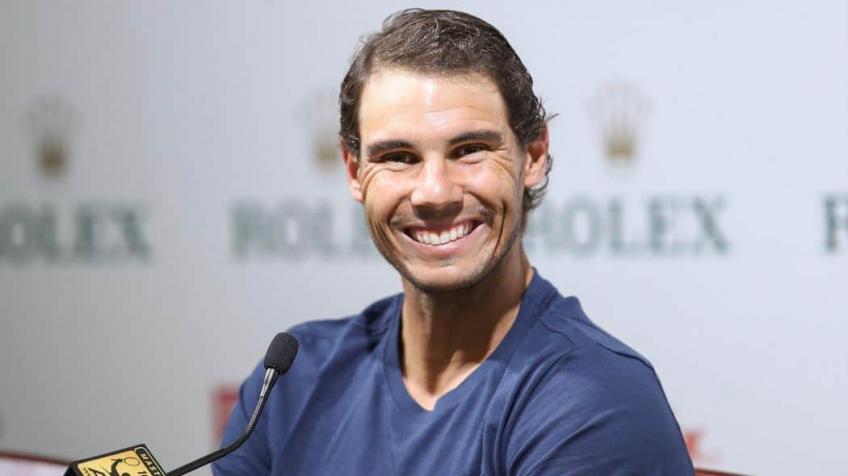 Rafael Nadal's numbers at Roland Garros are frightening with the Iberian champion who has won 12 editions of the tournament and also here in Paris once again, despite the number 1 in the world Novak Djokovic and the Austrian Dominic Thiem, starting from the main tournament favorite.

In the next round Nadal will face the Italian Stefano Travaglia, author of a good performance against Kei Nishikori and winner in five sets after a battle of almost four hours. There is a lot of expectation for Rafael Nadal in this Roland Garros because in case of eventual success of the tournament Nadal will reach Roger Federer in the ranking of the tennis players with the most career Grand Slam titles.

In fact before this tournament Roger Federer was at the top of this ranking with 20 Slam, then there is Rafael Nadal at 19 Slam in the tournament and finally ends this eternal fight the world number 1 Novak Djokovic at 17 Slam with the Serbian who lost an important opportunity at the US Open where he was disqualified (for that unpleasant incident) in the Round of 16 of the tournament against the Spaniard Pablo Carreno Busta.

We must remember that Rafael Nadal has decided to skip the Western and Southern Open and the US Open in the Flushing Meadwos bubble before the Italian Open and French Open 2020, to focus on the short European clay-court season.

Rafael Nadal progresses smoothly into the third round of the Roland Garros 2020. The reigning champion and twelve-time winner of the Parisian tournament had a very solid straight sets win orver American tennis player MacKenzie McDonald in a match that didn't bring any difficulty to the Spaniard.

Rafa is certainly the main favorite of the tournament and match after match the Spaniard seems to be finding his form and rhythm. In fact, it should be remembered that Rafa missed the tour in the United States including the Masters 1000 in Cincinnati and above all the Us Open, a competition later won by the Austrian tennis player Dominic Thiem.

The curiosity about the match against McDonald is the well-known reference of the name of Rafa's opponent to the famous Fast Food chain. Several tweets of teasing have arrived on social media and one came from the most famous rival company of McDonald's, Burger King.

The company, through its social account, has tagged and with a nice tweet posted: "Rafael Nadal, you are probably still hungry!"