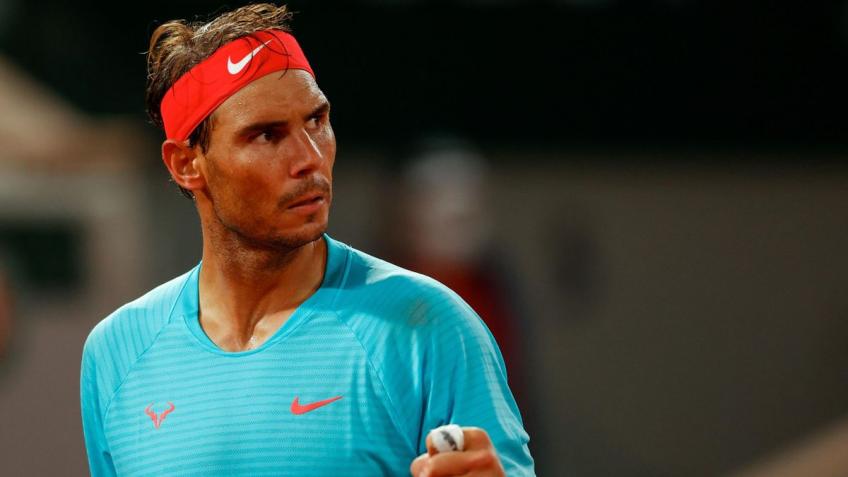 With the exception of a 0-30 in the fifth game, the Italian Jannik Sinner no longer looked back and ended the game with a serve on the line followed by a frightening acceleration from the forehand. On Tuesday he will face the undisputed master of the Roland Garros, Rafael Nadal, who has not left the slightest escape to poor Sebastian Korda.

The US qualifier had admitted to being a big fan of the Spaniard, but that didn't get him a favor on the pitch, as the former world number 1 dismissed him 6-1 6-1 6-2 less than two hours on Philippe Chatrier. In the quarterfinals, Rafa will face his first real test, with the hope that Sinner will be able to manage the pressure and emotions as he has always shown up to now.

In any case, Jannik is the youngest in the quarterfinals of a Grand Slam since Bernard Tomic at Wimbledon 2011 (as well as being the youngest Italian ever to succeed) and is already certain to make his entry into the Top 50.

It didn't take today's day to certify that Jannik Sinner was predestined. Italy has a jewel to keep and grow without haste, but now it is useless to hide. The South Tyrolean will reach unexplored peaks for Italian tennis, it only remains to understand when.

Meanwhile, the 19 year old from San Candido beat Alexander Zverev thanks to a score of 6-3 6-3 4-6 6-3 in exactly three hours on Suzanne Lenglen, thus reaching the quarter-finals at Roland Garros. As fate would have it, the last player able to hit the quarterfinals on his debut in Paris was a certain Rafael Nadal, Sinner's next opponent in two days.

If these are not omens. From the first exchanges of the match it was evident how Zverev's too far back position greatly limited the incisiveness of his shots, allowing Sinner to manage the exchanges and sink as soon as he had an inviting ball.

The score faithfully reflected Jannik’s technical and tactical superiority, good at breaking the balance already in the fourth game with a surgical break to zero. The German's attempt to react was condensed in the next round of response, when he missed three opportunities of the counter-break, showing evident signs of frustration.

No further jolt until 5-3, with Sinner called to serve to forfeit the first set. Here the blue hand accused the tension of the moment, a few too many mistakes arrived and Alexander earned the chance to mend the tear. After having cleared three break points with great authority, the number 75 ATP found the energy for a further acceleration that earned him the conquest of the set after 40 minutes of play.

The performance of the second set was even more one-way, thanks to a row of eight points to two that paved the way for Sinner at the start.

Roland Garros: in the quarters Sinner vs Nadal

Under 1-3 and with the inertia all the prerogative of his opponent, Sascha constantly turned towards his box in search of possible solutions to the bleeding.

Despite 71% of firsts in the field, the world number 7 struggled tremendously on the second (with which he took home three points in the whole set), paid duty in cross-country exchanges and collected a further break that projected Sinner ahead by two set to the delight of Suzanne Lengle.

In the third, the matter became complicated for Riccardo Piatti's pupil, who was affected by Zverev's greater aggression and made a few mistakes too many in the push phase. The result was a break for Sascha in the opening game, confirmed without worries by the number 6 of the seeding until 3-1.

The mechanisms of the 23-year-old from Hamburg came back to jam in the sixth game, where he made a comeback from 40-0, putting a more foul Sinner back on track than in the first hour and a half of the game. Zverev did not give up and rearranged his ideas just enough to get ahead in the ninth game, an emblematic sign, however, of the enormous difficulties encountered today by the German.

Without having to face break points, Sascha needed six set points and a brave run to the net to drag the challenge to fourth. As if he were a longtime veteran, Jannik did not throw himself down, on the contrary he returned to propose that devastating tennis that had annihilated his rival in the first two fractions.

Aided by Alexander's disastrous batting, Sinner flew 3-0 and exacerbated the discouragement of an increasingly less combative Zverev. At that point, the Italian decided to focus only on his own service games and not to give the Teutonic any opening to rejoin the match.