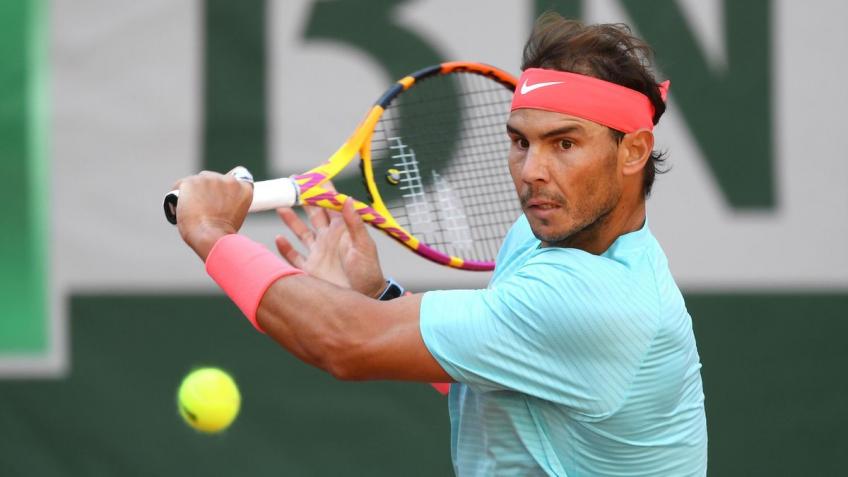 Rafael Nadal reached the quarterfinals of the French Open 2020 by beating Jannik Sinner in straight sets. Jannik has several chances to go forward and also serves for the set in the first set, but he pays for the inexperience and mental strength of the Spanish champion who rises to the chair in important moments and qualifies for the semifinals where he can challenge, in a rematch of the Internationals of Italy, the Argentine Diego Schwartzman.

The match ends with the result of 7-6; 6-4; 6-1. Sinner starts the match with ease and without suffering the weight of the opponent and in the fifth game he has the first break point of the match immediately showing great character.

Nadal cancels, but shows a particular annoyance on the blue ball. In the first games Sinner often looks for the short ball, a shot that gives him several winners. The Italian holds up the blows with Nadal struggling on Sinner's stones and the blue in the eleventh game moves forward at the third break point.

Jannik serves for the set and suffers a bit from the emotion, commits a few small mistakes and Nadal takes advantage of it. We go to the tie break. Sinner starts well, but as always Rafa increases the pace in important moments and goes to 4-2.

Nadal is the semifinal with Schwartzman

Here Jannik in control misses a simple forehand with the ball coming out a little and that actually hands the set to Nadal who closes the set for 7 points to four. In the second set the Spaniard makes a few mistakes too many and Sinner immediately goes to 3-1.

Again, however, the tennis player from San Candido gets caught in a bit of a hurry, goes under tension and undergoes a new break there Rafa who returns to a tie. In the ninth game on 4-4 Sinner ahead 40-15 wastes and suffers the break that gives the second set to Nadal.

In the third set Rafa immediately takes a break and seems to be playing in full confidence by now making great shots. Jannik no longer believes in it and gives up, Nadal thus takes off and closes after almost three hours of play with the result of 6-1.

For Jannik it was certainly a great tournament that allowed him to win his Best Ranking and for the first time he consecrated it in front of the crowd. The match was played in late night, after the five hours challenge between Diego Schwartzman and Dominic Thiem.

The Argentinian took home one of the best matches of the whole season, deservedly eliminating the two-time finalist of this tournament with a score of 7-6 (1) 5-7 6-7 (6) 7-6 (5 ) 6-2 in 5 hours and 8 minutes of play. For the Buenos Aires tennis player this is the first semifinal in a Grand Slam tournament, which came thanks to an enviable consistency and an evident leap in quality that has already emerged with the final reached at the Italian Open.

Strong winds and intermittent rain bothered both players at the start, but Schwartzman proved to be more comfortable in today's conditions. From Monday 12 October 2020, Diego will make his entry into the Top 10 of the ATP Ranking.