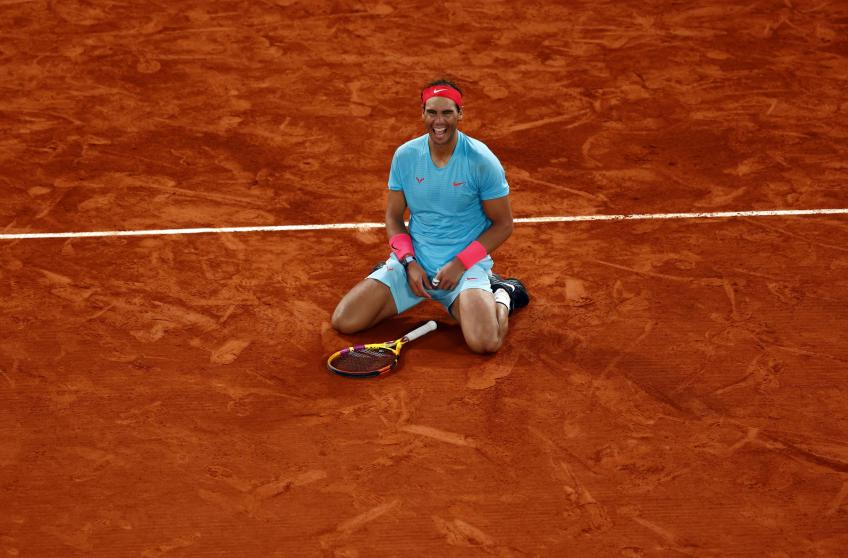 Rafael Nadal's dominion over the clay-courts of Bois de Boulogne is amazing. We could, yes, without coming to a real conclusion. The very Spanish champion has added the twentieth pearl to the Slam series with a giant performance.

He made thirteen hundred at Roland Garros without losing sets. As in 2008, 2010 and 2017. Yet there is more, much more. The one against Novak Djokovic was a technical and tactical masterpiece, enriched by thirty-one winners and just fourteen unforced errors.

He dominated for two and a half sets, stopping the mini-comeback attempt at the end. With the usual and unparalleled coldness he did everything possible to always keep his head. The 6-0 6-2 7-5 that accompanied the switch-off of the luminous scoreboard explained all the how and inevitably all the why.

Djokovic, with a rather meager percentage of first balls, does what he can. Little, in the vast majority of cases. The ringworm is missing, the nastiness. Maybe the desire. Nadal does not grant points of reference in prolonged exchanges, he does not give rhythm on the left diagonal, he always looks for (and finds) the ball in an impeccable way.

Djokovic at the same time fails to move the zero from the game box. A paradox. At the Slam level it had only happened to him on two occasions (against Marat Safin in Austrlia in 2005 and against Dominic Thiem always in Paris three years ago) against Nadal in Rome just over twelve months ago.

Under completely different conditions - and circumstances - one might say. Despite a greater amount of first balls on the pitch (ten out of eleven in the opening game) Djokovic cannot find valid alternatives. It does not hurt.

We could relegate to the unforced backhand the sunken backhand with a bit of sufficiency in response at 2-1 15-30. Yes, but little more. Nadal, once the score has been assembled, taps on the left diagonal with a splendid forehand solution and with a winning backhand on the counterattack he somehow gives sense to the tactical framework.

Djokovic shortens the score, cancels a break point at 30-40 by sprinkling both lines in parallel, but collapses on the third deuce. Nadal delivers the decisive push, repeats the break operation and certifies the superiority with two almost perfect rounds on serve.

The conditions that push Djokovic to the third set are not the best. Not just from a statistical point of view. The Serbian, who hits the ball better and wins a few more points from the baseline, saves himself in the first serving and comes back up to 30-30 in response.

The difference is again a gross backhand error in response. With a mega-partial of 7-0 (which he certifies by teasing the weak side) the champion puts his head forward and insistently approaches the finish line. On the other hand there is Djokovic, a character extremely reluctant to defeat, who takes advantage of a zero-prime game by Nadal and who returns wildly to the fight.

Even emotionally. When logic seems to push for the tie break, Djokovic lacks clarity at 5-5 and dirty the notebook at 30-40 with a double fault. It is basically an epilogue.