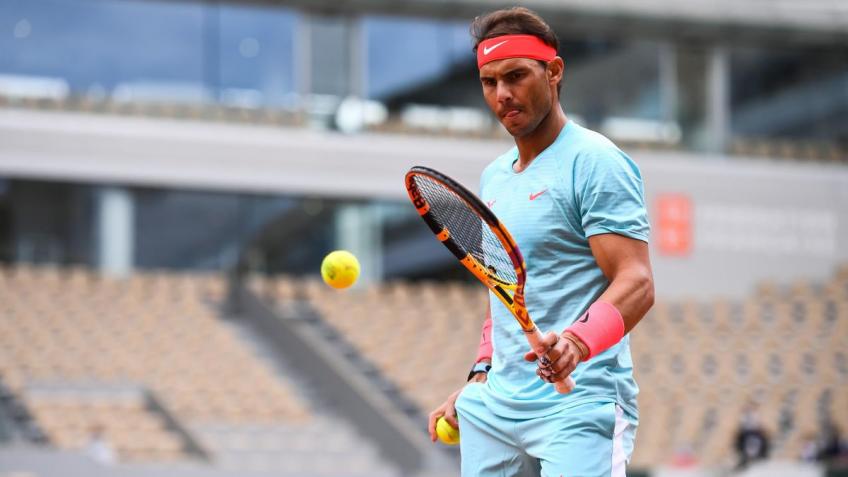 Rafael Nadal's record at the Roland Garros 2020 is something that is unlikely to be matched. Several tennis players in recent days have repeatedly reiterated that no one will ever be able to do what Rafa did at Roland Garros and looking at the numbers we don't feel like blaming him.

The Iberian legend has won 100 victories in 102 races on the land of Paris, an unimaginable record for the history of the sport and which shows the level of this great champion. Even in this last Roland Garros Rafael Nadal has repeated a feat of the past and, although he is no longer very young and did not have an easy calendar, he won the Roland Garros 2020 without giving up even a set.

In the quarterfinals of the tournament he risked something against the young Italian Jannik Sinner who was 6-5 ahead and serves in the first set and who was the closest player to winning a set against Rafa. Then in the end he did not succeed and neither did the Argentine tennis player Diego Schwartzman and the world champion and number one Novak Djokovic in the final.

Nadal's numbers at the Roland Garros are crazy and through social media his past opponent, one of the two tennis players who beat him at Roland Garros have certified his greatness.

Through his social networks Robin Soderling, the Swedish tennis player who in 2009 beat Rafael Nadal at Roland Garros, wanted to praise the deeds of the Spanish champion by highlighting numbers that not everyone would have thought.

With Sunday's victory, Rafael Nadal won his 13 Roland Garros and his twentieth career Grand Slam and achieved his 100th victory out of 102 races held in Paris. Numbers to say the least crazy. Here are his statements: "We have to put things in perspective: just qualifying for the main draw of Roland Garros 13 times is an incredible result.

So words cannot describe what Rafael Nadal did." Immediately after the end of the Roland Garros 2020 final and the victory of the Spanish tennis player Rafael Nadal, yet another chapter began concerning a debate that perhaps will never end.

Who is the best ever? Which tennis player will retire with the most records? Nadal has joined Federer while Djokovic is now aloof and also former Australian tennis player Todd Woodbridge wanted to focus on this problem. Here is the tweet of the former Swedish tennis player: "To put things in perspective: Just to qualify for the French Open main draw 13 times is an unbelievable achievement as an athlete.

Words can not describe what Rafa has done. Big up ”young man"

To put things in perspective: Just to qualify for the French Open main draw 13 times is an unbelievable achievement as an athlete. Words can not describe what Rafa has done.