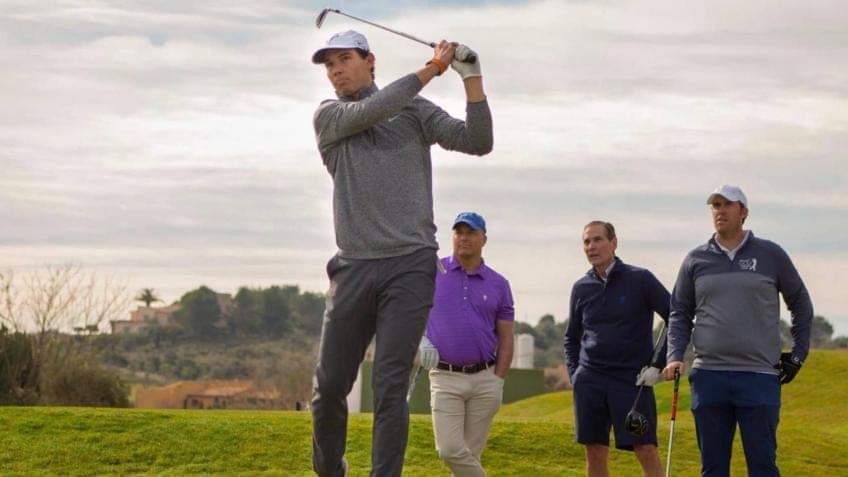 Throughout his childhood Rafael Nadal has always shown a great passion and great talent for football, a sport where he inherited the passion from his uncle Miguel Angel, former player and defender of Barcelona, â€‹â€‹one of the main Spanish clubs not only in Spain but in all over Europe and where Lionel Messi plays, one of the strongest players in the world.

In addition to distinguishing himself with the ball at his feet, Rafa showed great talent in playing tennis, a sport for which he fortunately opted and which allowed him to obtain many successes. Over the years, the Majorcan champion has also developed an interest in golf, trying to work several times on his skills and increasing his passion for this discipline.

The thirteen-time Roland Garros champion has participated in several tournaments and whenever he can he signs up for a new appointment and puts his strokes into practice. Last week he participated in the V Test Hexagonal Circuit -Autovidal, a competition that took place as Marca reports, in Calvia ' In this competition Rafael Nadal was also in first place making it clear that his performances have increased so much that he also competes in professional tournaments as the level is now comparable.

In the end, his experience led him to second place in the tournament that took place anyway between Saturday and Sunday and saw him improve where he had problems.

Rafael Nadal and his improvements in the world of golf

Rafael Nadal, who recently won the 13 Roland Garros career and the 20th Grand Slam title, also recently participated in the Balearic Golf Championship, a tournament in which he finished fourth.

Nadal's Handicap is +0.3 and even if the professionals don't have it, Rafa could easily compete with them even without shots of advantage. As for the tennis world, Rafa still has to announce what he will do with the rest of the 2020 calendar and it must be said that there are still two important events such as the Masters 1000 in Paris and above all the ATP Finals, a tournament he has not yet won during the his career.

Rafael Nadal said he should come back for the ATP Masters 1000 Rolex Paris Masters, in Paris-Bercy, and for the ATP Finals at the O2 Arena, in London, after his success at the Roland Garros 2020, thanks to wich he won his 13th title on the Parisian clay-courts and the 20th Slam of his amazing career.