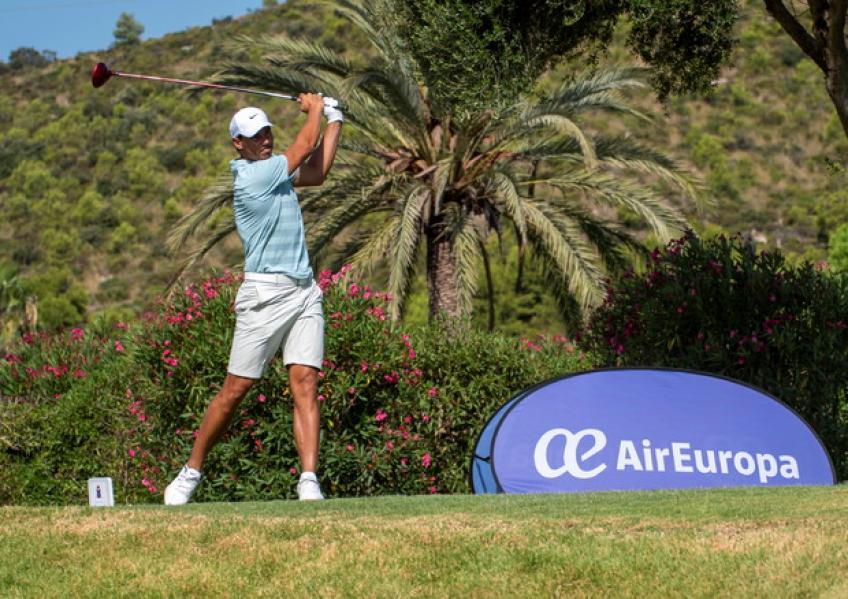 The third and final day of the Balearic Golf Championship for professionals, which takes place on the Maioris course, ended with Rafael Nadal in sixth place in the final classification behind professional Nuria Iturrioz.

The Spaniard, with a score of 77 hits, three more than the previous two days, finished with five hits above par for a total of nine in the tournament. The winner of the test was Sebastián García with -1, which took away the victory from Federico Páez.

Rafa will return to the tennis courts and travel to the French capital at the end of the week to play the Paris-Bercy tournament, the last Masters 1000 on the calendar. The Spaniard will start as the number one seed of the tournament following the decision not to participate made by Novak Djokovic.

The Masters 1000 in Paris is the only Masters together with that of Miami whose title is not present in the Majorcan's bulletin board. The Serbian, who should not have defended the points as reigning champion due to the point freeze rule for the entire season due to the Covid-19 pandemic, preferred to accept an invitation from the ATP 500 tournament in Vienna with the intention to increase the distance with Nadal at the top of the world ranking.

During the Paris-Berrcy tournament, the protocols will be different from those that applied during Roland Garros, despite the fact that the organization of the tournament also belongs to the French Tennis Federation and at the moment there is a curfew in France in the evening.

. For example, the Paris Masters 1000 rules require only one PCR test, instead of two in 48 hours, before collecting accreditation and being eligible for competition. It is not mandatory to arrive in Paris three days before the first match.

The official hotel will be the Pullman Eiffel Tower, the same hotel where the "top60" spent the night during the French Open. About the Slam Race, Rafael Nadal, Roger Federer and Novak Djokovic have dominated the world of tennis for over a decade and indeed about two decades and have probably led to seeing the 3 best tennis players in history in the same era.