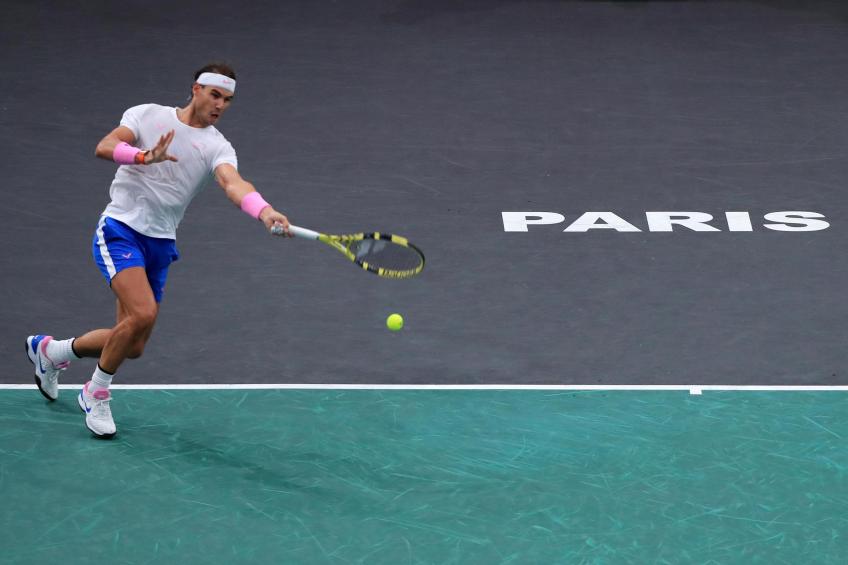 Rafael Nadal has never won in the Paris Bercy tournament and with Bye in the first round he can reach yet another career record in the second round. Nadal has 999 victories and 201 defeats in the ATP and the next victory could thus reach an incredible 1000 victories in the ATP Tour.

In his second round Rafa will not have a very simple commitment but should face the winner between the Serbian Filip Krajinovic and his comuntryman and friend Feliciano Lopez. Incredible numbers that show the great results of the Majorcan: in case of success Nadal would probably face the Croatian Borna Coric, also in excellent form, and with whom Rafa is 2 to 2 in the head-to-head and has repeatedly shown in the past of suffer it, especially on surfaces like these.

In the first round of the tournament there will be at least a couple more interesting matches in Paris Bercy: the semifinalist in Vienna Daniel Evans will face the Grand Slam winner and expert Swiss tennis player Stan Wawrinka.

Another noteworthy match is the one between Marin Cilic and the young Canadian talent Felix Auger Aliassime, making his debut in the French tournament. About three weeks after the extraordinary success achieved at Roland Garros, world number 2 and 20 times champion in Grand Slam titles Rafael Nadal returns to Paris for the Paris-Bercy ATP Masters 1000.

Here Rafa has several goals and small records to achieve, the umpteenth to add to a career that to define extraordinary is an understatement. The Spanish champion triumphed at Roland Garros without losing a set and arrives in Bercy to equalize the score with Novak Djokovic in the fight for who holds the most Atp Masters 1000 in their career.

Meanwhile, in the new ATP ranking drawn up on Monday 26 October, the Spaniard became the first player in history capable of spending 788 consecutive weeks in the world Top-10, beating American Jimmy Connors at 787.

Federer is in third place in this ranking, with 734 consecutive weeks (his streak has already stopped), while Novak Djokovic is in sixth position (555, but he too will not be able to improve his data). Roger is however the tennis player to have spent the most weeks in the top 10: 918, followed by Jimbo Connors, Rafa Nadal, Andre Agassi, Ivan Lendl, Novak Djokovic and Pete Sampras.

Nole is in the running to overtake Federer in terms of weeks spent at number one in the ranking: the Serbian must maintain his position until the beginning of March, while in the meantime he is getting closer and closer to finishing the season for the sixth time. at the top of the rankings (a feat that was only successful in Sampras, in 1998.