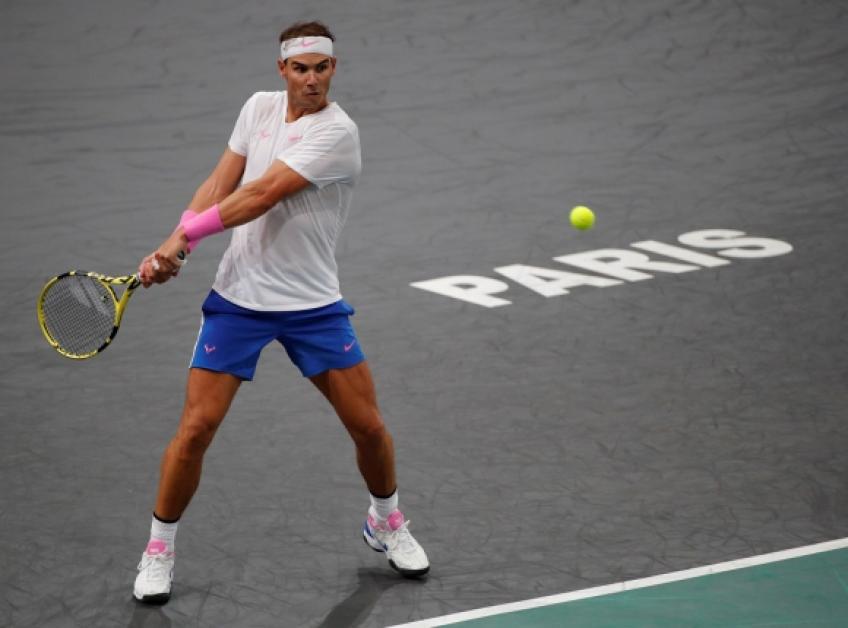 This week began the Rolex Paris Masters, in Paris-Bercy tournament, the last ATP Masters 1000 of this particular season and at the end world number two Rafael Nadal opted to participate in this tournament. After recently conquering his thirteenth career Roland Garros title nd reaching the incredible record of twenty Grand Slams of the Swiss champion Roger Federer, Rafa was undecided but in the end he opted to participate in the French tournament looking for one of the rare and important titles that his own is missing.

almost infinite noticeboard. Here at Bercy Nadal only reached one final in 2007 where he was defeated quite clearly by the Argentine tennis player David Nalbandian, then over the years he reached the semifinals several times but was often slowed down by the injuries he suffers particularly on indoor hard courts.

Rafael Nadal and his end-of-year preparation

The Majorcan champion is excited in view of this new challenge, he trained on indoor hardcourt in the Academy just in view of this tournament and the end of the year Finals and spoke like this at the press conference: "I'm here to play at my best and not think about injuries.

When I go to a tournament I only focus on being able to play my best tennis. I don't have to worry if I have been injured here in the past, these are things that can happen. But every year we find ourselves in different circumstances and we have to take care of the situation and accept any inconvenience.

If nothing particular happens in Paris, I will compete in the ATP Finals. It's part of the history of the game and the best tennis players of the season come together, so I want to be there. I like playing tennis and since we have been out for a long time I want to play a few tournaments in a row.

It is nothing new that after 6-7 months of hiatus I played well and this confirms that I can always do it. However, I hope that next year we will have a normal calendar "Rafael Nadal can also reach another great record here in France as by winning his first match in the tournament he would win the 1000th victory on the ATP circuit, yet another extraordinary satisfaction of a career incredible.