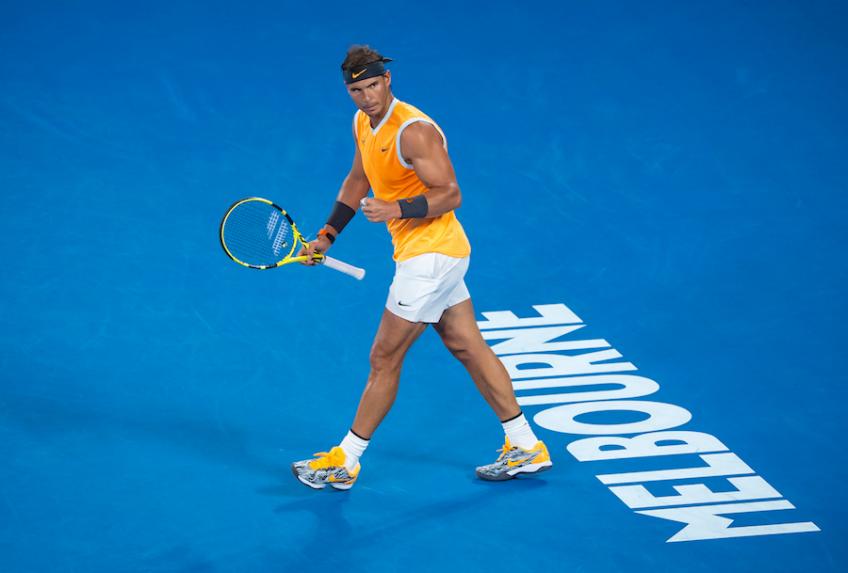 There are some statistics in which Rafael Nadal is superior to Roger Federer and Novak Djokovic. Other statistics suggest that Roger or Nole (or both) are better than Nadal. Matter of details: the Big Three are the strongest players in modern tennis.

Roger Federer, Rafael Nadal and Novak Djokovic are three of the strongest athletes in history, in all the sports. There are many reasons why we can consider this truth absolute: not least and perhaps the main one regarding the number of Slams of these three phenomena.

56 Slams in total, with the Swiss who leads with 20 Slams ahead of 19 titles ofNadal and 17 titles of Djokovic. What has impressed most over the years of these three athletes is certainly the continuity with them that have dominated the rankings (almost always world no.1 except for a short period for Andy Murray) and an unchallenged dominance in the Grand Slam tests where the crumbs have been left to the others and where even the youngest tennis players still struggle to emerge.

A data that shows the superiority of these three tennis players is continuity on all surfaces: Roger Federer, Rafael Nadal and Novak Djokovic have won Grand Slam tests on hard-courts, clay-courts and grass-courts, and this is yet another given that highlights their great numbers.

A statistic tin which Federer and Djokovic are better than Nadal

All three players have achieved successes consecutively on different surfaces and the only real limit of Nadal, compared to the other two, concerns the victories on Indoor surfaces.

Rafa Nadal has in fact won 85 titles in his career, titles mainly on clay-courts (59) but also 22 on hard-courts and 4 on grass-courts, where the 2 successes at Wimbledon, in 2008 and 2010, should be remembered mainly. Rafa's success is undisputed even if at the same time the fact of not having won even a tournaments on Indoor surfaces penalizes him particularly: we know that Rafa has never won the ATP Finals at the end of the year, a gap that many often remind him of and that is dictated also from this reason.