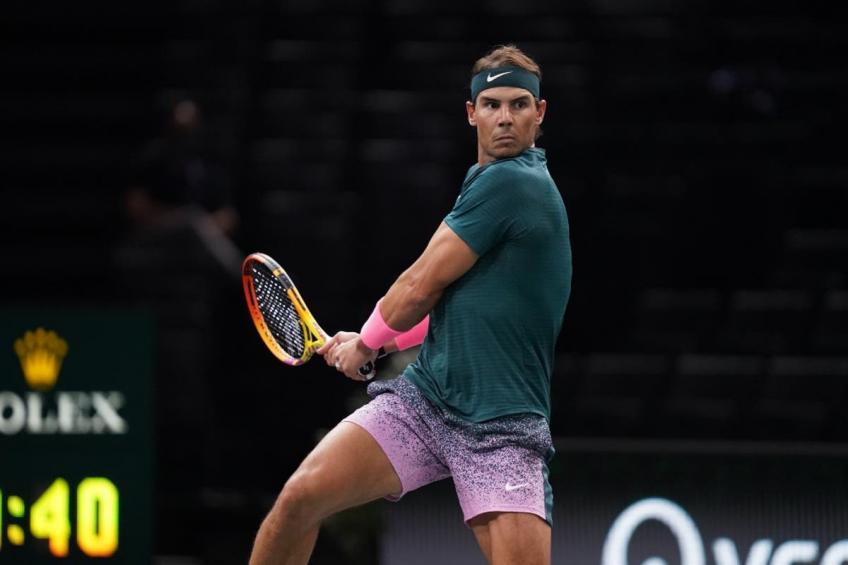 Rafael Nadal is among the best four at the Rolex Paris Masters, last ATP Masters 1000 of this season, on the indoor hard-courts in Paris-Bercy, for the fifth time in his career thanks to the 4-6 7-5 6-1 against an excellent Pablo Carreno Busta.

The Spanish champion, who breaks the balance at the foot of the tie break of the second set, spreads as in the logic of things in the heart of the third set and obviously maintains the leadership in the upper part of the draw.

First two sets really well played by Carreno Busta, winner of the first one. Nadale recovered the disadvantage, equalizing the score at the tie-break of the second set. Nadal does not take advantage of a handful of break points at the start, but re-establishes the hierarchy of the challenge at 2-1 with a zero response turn and above all repeats himself at the foot of the finish line, setting the score at 6-1.

Rafa said: "The atmosphere among the players is good. We are all very aware of the problems that exist right now and, through the Player Council, we are trying to find the best solutions. We had a conversation six hours ago."

At the Rolex Paris Masters 2020, despite the loss in the quarter-finals, Diego Schwartzman manages to get a pass to the ATP Finals in London for the first time in his career.

El Peque collects just four games in the remake of the Australian challenge with Daniil Medvedev, but he secured the necessary points to come back thanks to Nadal's victory against Carreno Busta. The Russian will find Milos Raonic, the executioner of Ugo Humbert in the semifinal.

In the challenge that anticipates the evening session, the Canadian recovers and wins the first fraction, allows himself a break in the heart of the match, but above all recovers a disadvantage of 1-5 during the tie break of the third.

By canceling, among other things, two match points. Raonic who in the initial stages of the deciding set even recovers a 0-40 disadvantage , thanks to the contribution of the twenty-five aces he manages to fly on 6-3 3-6 7-6 (7) and to position himself in a ATP Masters 1000 semifinal for the twelfth time in his career.

As we said before, Rafael Nadal is among the best four at the Rolex Paris Masters, last ATP Masters 1000 of this season, on the indoor hard-courts in Paris-Bercy, for the fifth time in his career thanks to the 4-6 7-5 6-1 against an excellent Pablo Carreno Busta. Now Rafa will meet Alexander Zverev, who defeated Stan Wawrinka in straights sets, for 6-4 7-6(1).