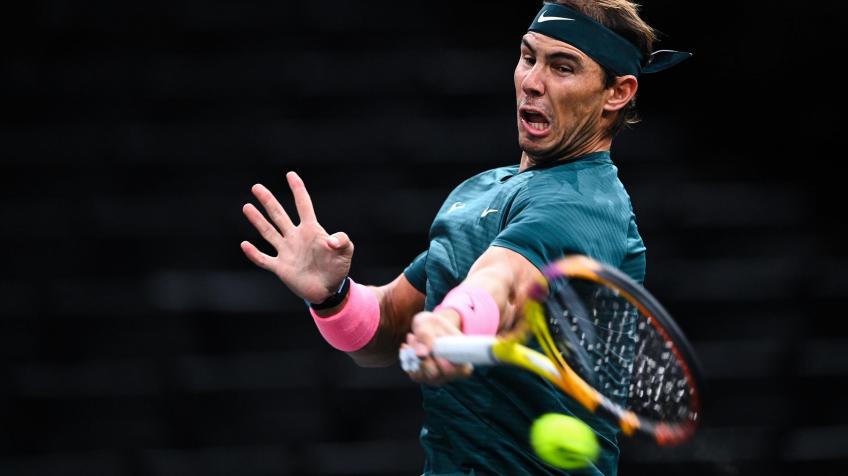 Will Rafael Nadal end his career with more Grand Slams than Roger Federer and Novak Djokovic? The experience of these years has told us that Rafael Nadal is an almost unbeatable tennis player at Roland Garros and for this reason he will probably be the tennis player who will end his career with the most Grand Slam titles, in the eternal challenge with the other two members of the Big Slam.

Three Roger Federer and Novak Djokovic. In an interview, former Spanish champion and Grand Slam title winner Juan Carlos Ferrero said that no one between Federer and Djokovic will win any more titles at Roland Garros and this can make a difference in the long run.

Rafael Nadal fell to Paris Bercy in the semifinals where he also yielded quite clearly to Alexander Zverev and again showed his lack of relevance on indoor courts where he won only one tournament in the course of his entire career.

Once again, however, Rafa has shown his status as champion and in a few days at the ATP Finals in London he will try to win one of the few tournaments that are missing from his immense wall. Speaking of Nadal's season, Ferrero said: "Rafa has had an incredible year, it is very difficult for him to return to number 1 in the standings but despite this he has always shown an excellent level.

His recent success at Roland Garros shows that hard work always pays off. He has a lot of depth when he plays on clay and can defend as he wants,", the Spaniard explained the potential of his compatriot. After Rafa reached Federer at 20 Grand Slams, Roger was among the first through social media to congratulate his opponent.

The two lead the ranking of tennis players with the most Slams in activity, ahead of world number one Novak Djokovic, who is still at 17. The three will compete until the end of their career, but thanks to his preference for clay, Rafael Nadal is considered by many to be the favorite to end his career with the most Grand Slams among the Big Three.

Rafael Nadal will come back for the upcoming ATP Finals 2020 in London, after the defeat in the Rolex Paris Masters against Alexander Zverev.