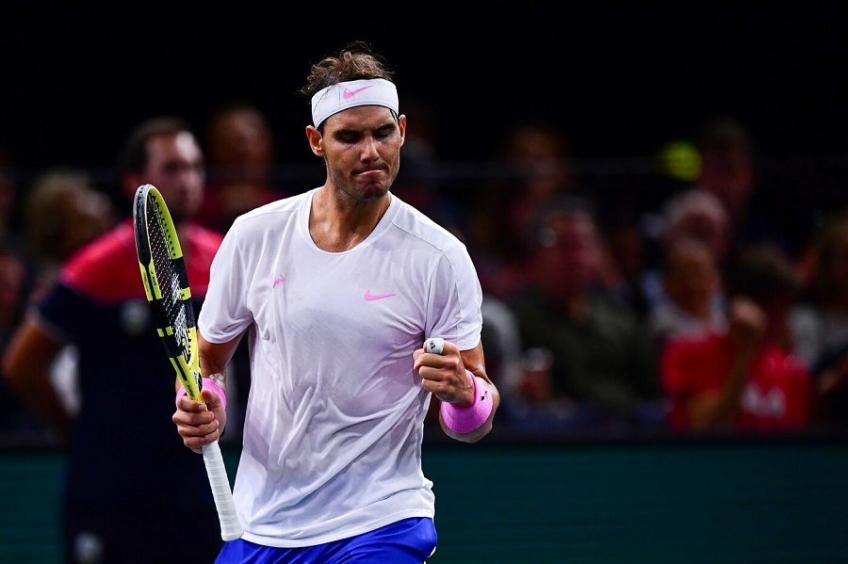 Alexander Zverev, Diego Schwartzman and Daniil Medvedev with Novak Djokovic (fasting for five years), Dominic Thiem, Stefanos Tsitsipas and Andrey Rublev with Rafa Nadal. This is the first verdict from the draw of the Nitto ATP Finals 2020 in London manned by Gerry Armstrong and Stan Smith live on the BBC telephone.

The world number one, fresh from the brutal defeat in Vienna against Lorenzo Sonego, will face the two finalists of the ATP Masters 1000 in Paris-Bercy and Diego Schwartzman. The Peque will probably have to play the uncomfortable role of needle-of-the-balance in a potentially prohibitive Group Tokyo 1970.

If nothing else with the bowls stopped. Even for the twenty-time Grand Slam champion the "Group London 2020" could hide some pitfalls. Tsitsipas, who will obviously have the task of defending the throne, won the most recent of the precedents right under the roof of the O2 Arena in London.

Almost identical speech for Thiem - who after his success at Flushing Meadows instead stopped in front of Schwartzman on the land of Bois de Boulogne - who won against the Majorcan in the quarter-finals of the Australian Open at the beginning of the year.

The previous one with Rublev dated New York 2017 should be taken with a grain of salt: the Russian could prove to be the most dangerous of the group as he has won twenty of the last twenty-two games he has played. A booty obviously embellished by the three titles collected between Hamburg, St.

Petersburg and Vienna. Fundamental premise: Nadal has not won an indoor hardcourt tournament since 2005 and has not reached the final in the year-end Master since 2013. Not a small detail that could have a massive impact.

The ATP Finals will move to Turin in 2021

The fifty edition of the tournament-of-the-masters, which will obviously coincide with the last stage of a surreal season, will obviously be played behind closed doors.

And it will be played in London for the last time. The Finals, from 2021, will move to Turin and will remain there until 2025.

Rafal Nadal on having a child Rafael Nadal has experienced a particular season, made even more difficult by the outbreak of the Coronavirus in Spain.

The lockdown basically prevented the Majorcan from training for over two months, causing him to miss the trip to the United States where he was supposed to defend the title at the US Open. The former world number 1 has focused all his energies on Roland Garros, which was postponed at the end of September after the controversial decision of the FFT.

By winning the Parisian Grand Slam for the 13th time in his career, the 34-year-old Spaniard equaled Roger Federer's all-time record and reignited the debate about his greatest ever. In a recent interview with Bertin Osborne on the television program 'Mi casa es la tuya', Nadal recounted some unpublished details about his private life.

Rafa moved his longtime girlfriend Maria Francisca Perello in October 2019 after 15 years of relationship. Xisca, who plays the role of director of the Rafa Nadal Foundation, does not accompany him around the world every week, but is always present in the most important tournaments.

"I've known her since we were very young. Her name is Maria Francisca, but I call her Mery. I call her Maria Francisca only when we fight, but luckily it happens very rarely," joked the 20-time Grand Slam champion. Nadal has repeatedly reiterated his desire to have children at the end of his career: "I always thought we would have children when I stopped playing.

To be honest, I thought my career would end at 30, but it got longer than expected. Maria handled the pandemic better than me, having been able to work calmly for the Foundation and all related activities. I was only able to do a little physical exercise at home, since we live in an apartment."