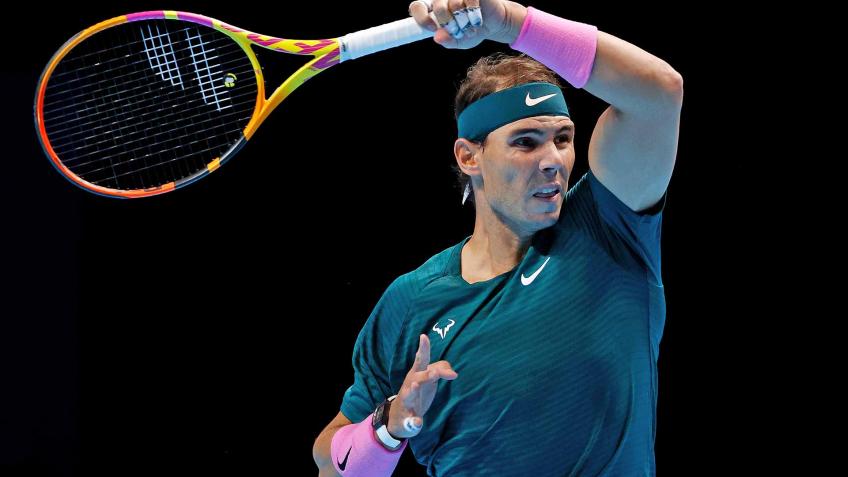 Rafael Nadal, who has never won the ATP Finals, was the protagonist of a great match:the Spaniard beat without particular problems the Russian Andrey Rublev and closes the debut practice in the second match of the Group London 2020 with the result of 6-3 6-4.

Today they will start the match of the Group Tokyo 1970: on the court Novak Djokovic against Diego Schwartzman and Daniil Medvedev against Alexander Zverev. It is also important to have closed two sets to zero in a group that sees Nadal busy with two other very tough opponents and who will have to express his best tennis to guarantee the pass to the semi-finals of the tournament.

With this victory, Rafa puts the first step for qualification in a group where Dominic Thiem (winner of the first match) and Stefanos Tsitsipas are present. It was a one-way match right from the start The two immediately start strong and very aggressive in the service with Nadal who controls his shifts without problems and Rublev who seems to struggle a little more but does not give up an inch at first.

It is Rafa who brings his opponent to the advantage for the first time in the sixth game and the second break point, also thanks to a couple of serious mistakes by Rublev, Nadal moves to 4 to 2. In the next game the Russian tries to react, yes he reaches the advantages but Nadal is icy and thanks above all to an excellent service in this first set he goes to 5 to 2.

Nadal is a fury in the service, concedes very little and closes the first set 6-3. Rublev also starts the second set in a breakdown, he has very few weapons to counter the Majorcan's physical streak and Nadal does not hesitate in any game.

The Russian cancels the first two break points at the beginning of the second set, but in the third he makes yet another mistake by opening the doors to the Spaniard. On his turn of service Rafa is relentless, he does not concede any break point to a very foul Russian and he goes on on Rublev's service who struggles on several occasions.

Above all thanks to the great tenacity that distinguishes him Rublev holds up and despite a couple of games to the advantages he always keeps his serve but Rafa gives nothing and even in the last game he closes at 15 and without particular problems with the result of 6-3; 6-4.