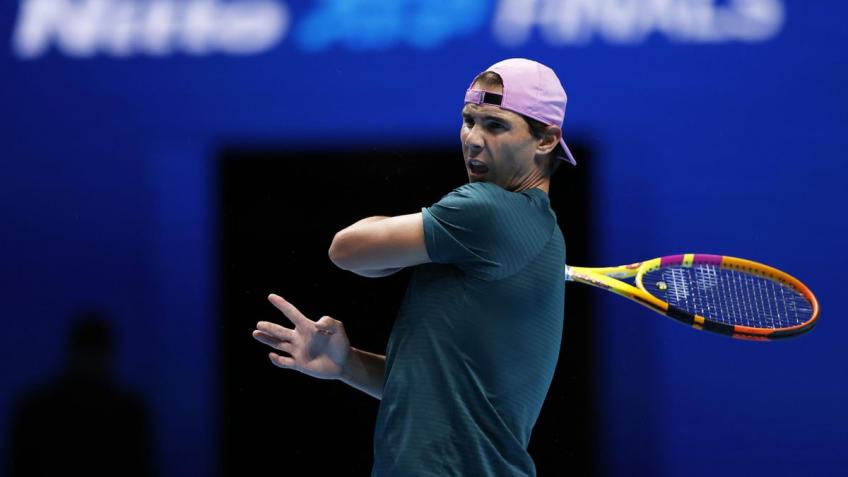 This year Rafael Nadal is finally hoping to break the course of the ATP Finals, a tournament that has never brought him luck due to its surface and its position at the end of the season. Out of a total of 86 career titles won by the Spanish phenomenon, only one has reached indoor hard courts (Madrid 2005).

The former world number 1, who reached 20 slams this year thanks to yet another success at Roland Garros, boasts two finals at the O2 Arena in London (in 2010 and 2013), but in both cases he was defeated respectively against Roger Federer and Novak Djokovic.

The 34-year-old Spaniard did not go beyond the semifinal in Paris-Bercy, where he surrendered to a wild Alexander Zverev, failing to extend the contest to the third set. During last Friday's press conference, Rafa admitted that his indoor numbers are well below the standards he has accustomed us to throughout his career.

“We can find all the reasons and excuses you want, but in the end the numbers don't lie” - began Nadal. “Of course we play indoors much less than outdoor hardcourt, but there is no doubt that these conditions are not ideal for my tennis.

The last few years have undoubtedly been better than at the beginning of my career, but one cannot help but acknowledge the reality of the facts. I hope to change the inertia this year," he added. The pandemic has forced players to rethink many of their previous habits.

“We are in a hotel very close to the O2 Arena and we can't even walk 200 meters outside. However, we are lucky to be able to continue playing, this is the only thing I feel like saying. I can't be critical, I have to thank the ATP, the tournament organizers and everyone who puts us in a position to play.

It's hard to compete in this fantastic stadium without an audience, but we can't really complain,"commented Rafa. Meanwhile in the second match of the ATP Finals 2020, Dominic Thiem defeated Rafael Nadal. Nadal-Thiem is now synonymous with entertainment.