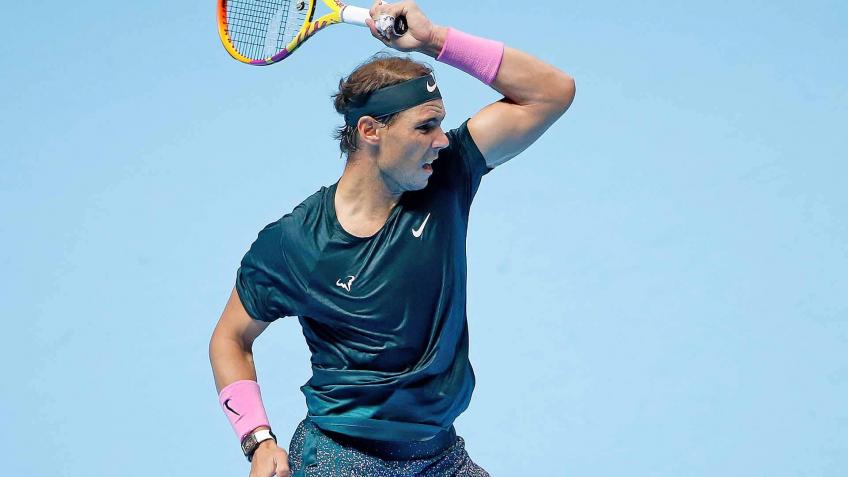 At the ATP Finals 2020, after five years, Rafael Nadal has managed to qualify for the semifinals of the year-end Masters, which will be played for the last time at the O2 Arena in London. In the challenge with Stefanos Tsitsipas, the Spaniard remedied a missed pass in the tenth game of the second set and re-established the hierarchy in the third set.

The 6-4 4-6 6-2 final matured after just over two hours was in some way emblematic. Nadal made it past the round robins cut at the Finals for the sixth time in his career, the first time since 2015, and sits above all on Daniil Medvedev's side.

Nadal made it past the round robins cut at the Finals for the sixth time in his career, the first time since 2015, and sits above all on Daniil Medvedev's side. With a half hour delay on the schedule, Rafa Nadal manages to get a pass for the Final Four in the tournament of masters.

The Spaniard remedies a missed pass in the tenth game of the second set and re-establishes the hierarchy near the finish line with a usual giant reaction. Nadal managed the batting rounds perfectly thanks to 90% of the points with the first ball, but above all he won the arm wrestling from the baseline.

The Majorcan faced 15-40 during the seventh game, but still needed an extra turn in response to land the decisive shoulder. After a rather gross mistake with the backhand at 30-40, in a game that spends a double fault, the Greek contributed to the cause with a double fault.

Called to serve instead to send the first fraction to the archive, Nadal finds himself on 30-30. And in the moment of greatest difficulty he got out of trouble with two aces. A classic, one might say. Tsitsipas tries to make some small improvements to the tactical project.

Or at least not to give the same points of reference with the joke available. The Greek clears a break point in the opening game with a splendid backhand solution, saves himself at 30-30 when the luminous scoreboard says 3-3 and with the logic that seems to push for the tie break he places the decisive shoulder.

Nadal stacked the vast majority of unforced errors in the tenth game. He slips to 15-40, but especially dirty the notebook with a very bloody double foul on 30-40. Absorbed a break exchange, which however revealed some small flaw in the tactical project, Nadal presses the reset button and reconstructs the sufficient advantage for the escape.

Not without recovering from 0-30 at 2-1. The rest is like in the logic of things a completely necessary outline: Tsitsipas completely removed the push, thanks to the physical and mental fatigue, but above all he only moves the score on another occasion.

After the qualifying session was closed with one round to spare, Dominic Thiem allowed himself a day off at the foot of the semifinals. Andrey Rublev benefited, who with a 6-2 7-5 which he built in just over seventy minutes (and which stains only by squandering a break advantage in the heart of the second set) moved the zero from the box of the Finals wins.

Thiem postponed the appointment with his 300th career victory in the major circuit. Waiting for him on Saturday there will be one between Alexander Zverev and Novak Djokovic.