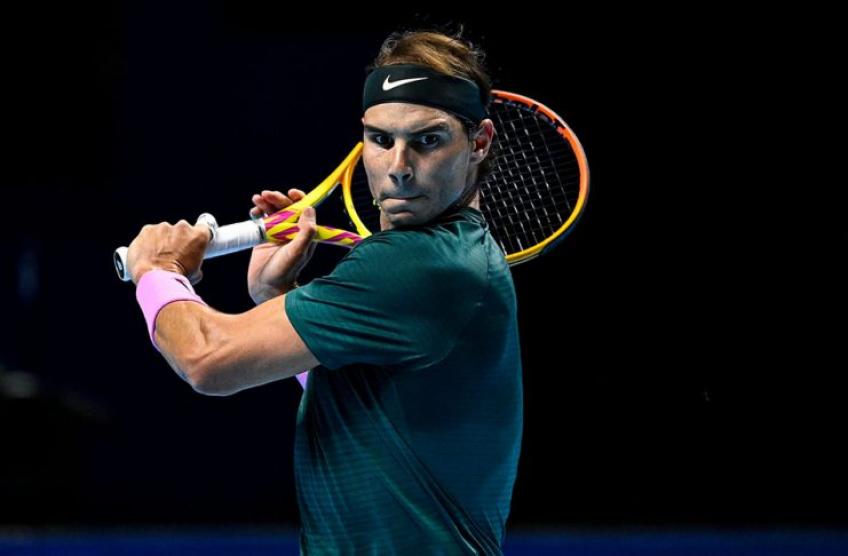 The semi-finals of the 2020 are another curse-moment: ten participations, two finals, zero titles for Rafael Nadal, who was defeated by Daniil Medvedev in three fantastic sets. Even if he somehow wins the first set and finds himself serving for the match at 6-3 5-4.

Medvedev, who wins eight of the next nine points in parallel and who with a bit of luck also survives the decisive moment, arrives near the finish line with a decidedly more massive tactical project and above all with more fuel in the tank.

The Russian player fixes the success at 3-6 7-6 (4) 6-3, remains unbeaten in London and reaches Dominic Thiem in the final. The circus will leave the O2 Arena with a new maestro.

Medvedev wins more than double the points in return, serves only and exclusively first up to 3-3, faces 30-30 in two of the three turnarounds.

In one case he also gets a handful of break points. The very Spanish champion, who pays for some errors son of the surface and who defends himself in the vast majority of cases with the second, takes advantage of a total blackout by Medvedev on 4-3.

Needless to say, he consecutively loses the four points he finds himself playing with the second. Called to serve to close the first, paradoxical, fraction, Nadal recovers from a 15-30 disadvantage and at the first good opportunity with a splendid forehand solution puts his head forward.

Medvedev, who shows up with a mega-partial of 12-1 and who tries to speed up the game in an overwhelming way, gets a ball for 5-1 and jams at 4-2. Nadal returns wildly on the track, finds the support of the first ball and with a poor game of pitfalls he returns to 4-4.

Nadal tries not to give reference points from the baseline and above all to make some variations with the backhand. He answers, a lot and well, but above all he guesses the angle of a volley that Medvedev plays without too much conviction on the 30-40.

With his back practically to the wall, and probably relieved of the circumstances, Medvedev wins eight of the next nine points and guarantees at least the tie break. The Russian wins a monstrous exchange when the luminous scoreboard says 1-1 and with a splendid backhand solution (preceded by a super first) moves to 4-1.

Accomplice a bit of luck - a stick that becomes a winner - Medvedev moves to 5-3 and at the second useful opportunity he drags at least to the third. Nadal is the one with the vast majority of problems. At least with the joke available.

Medvedev, who does not take advantage of a break point at the start and who looks to the advantages during the fifth game, delivers the decisive push in the fateful seventh game with a splendid solution on the break. With Nadal - completely out of petrol - trying to appear permanently near the network. And that he can't even defend the next serving time. The final 6-3 is somewhat emblematic.