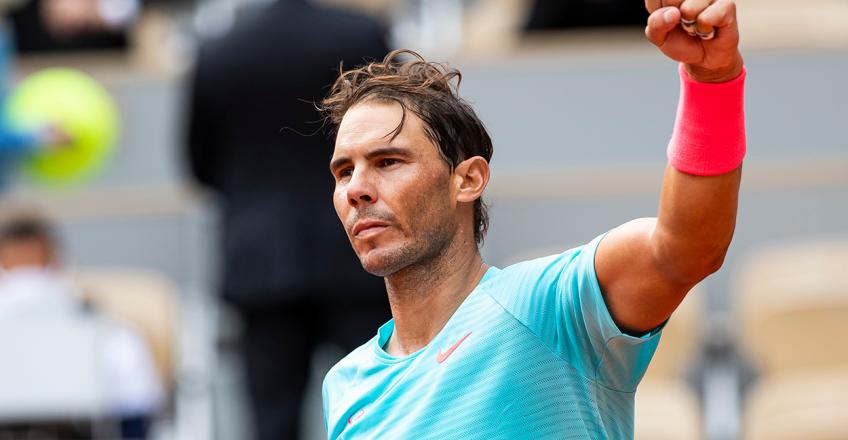 Rafael Nadal payed omage to El Pibe de Oro Diego Armando Maradona, died today at 60 years-old. On Twitter Rafa wrote: "Today the world of sport in general and football in particular have a vacuum. Maradona was one of the greatest sportsmen in history.

My sincere and heartfelt thoughts go out to his family, the world of football and all of Argentina."

Rafael Nadal on the defeat at the ATP Finals

Rafael Nadal's dream of winning the ATP Finals for the first time in his career ends in the semifinals and triumphing in one of the few major tournaments he has never won in the course of a long and extraordinary career.

Only two finals in ten years and zero titles for the Spaniard in the end-of-year Finals who this time falls against a great Daniil Medvedev, winner of the match in three sets, recovering Rafa's initial advantage. Surprising victory for how it arrived with Nadal who at 6-3 5-4 served for the match, who suffered the break and which saw the great and vehement reaction of the Russian, who, with the fourth victory in four races reaches for the first time the final in his career here.

After the defeat, Nadal dealt with many issues in the conference, discussing the match and talking about what will happen next year which already sees the Australian Open at risk due to this terrible Pandemic: "At the beginning of the match I think Daniil was playing better than me, then slowly I managed to make things work despite the problems and let's say that I made things right.

I struggled a lot but on 3 all I got the fateful break that gave me the first set. In the second set the story was similar but unlike the first match I played better than him. I must say that I had the game in hand with the 5-4 and, but I played a bad game and this gave strength to Daniil who returned to the game and then won this important success.

I can only congratulate him on the victory obtained today. Physical problems at the end of the race? Ninth, luckily everything is fine! If the Australian Open 2021 will be played? We have to wait and see what the Australian Government tells us, there is an ongoing Pandemic and many problems and the goal is to play as many games as possible.

tournaments next year, we need to be flexible and we have to adapt to this problem but we need to play because there are so many tennis players who live thanks to tennis and cannot stand still. We hope that the vaccine arrives soon and that we can all return to our daily lives "Is it unfair that the ATP Finals are played on concrete?" I have my personal opinion about it, but I think that after this defeat it is not the case to talk about it, I have had the chance to go to the final and I didn't take it.

Targets? "I believe that next season too, I will have similar objectives to previous years, I will work hard in the preseason and aim to win as many tournaments as possible, I think it is certainly a very important season for me."