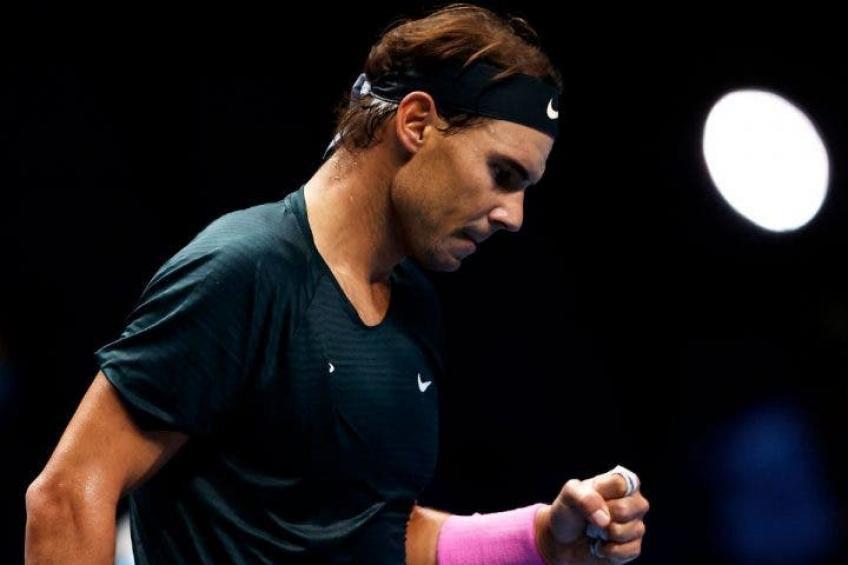 Throughout his career Rafael Nadal has always been identified as that athlete who never gives up and who hunts the best of himself in moments of great difficulty. There are many epic comebacks of the Majorcan champion, both in decisive matches and in less important ones but often these comebacks remain in the minds of even the opponents.

The winner of the ATP Finals Daniil Medvedev has repeatedly recalled this year and also in these same Finals of how he was beaten last year by Rafa in London: the Russian was ahead 5-1 and also had match points in the decisive set, but the Iberian athlete did not give up and on the contrary overturned a match that will surely remain in history and in the minds of fans.

This year Medvedev managed to beat Rafa in the semifinals after a tough battle, also recovering the match from 6-3; 5-4 but in the post-match conference the Russian tennis player recalled how that challenge marked his career and season for several months.

The impressive statistic of Rafael Nadal

We are at the end of the year and several statistics fall in the eyes of fans and one is certainly that of saved break points, a statistic that shows how tennis players react in times of difficulty and greater pressure during a match.

Nadal is a master of such situations and in the ranking of saved break points he is the first of the Big Three, while in the Top T-10 only Matteo Berrettini has done better despite a season below expectations. The player who has the most impressive statistic and who has the best average in canceling breakpoints is John Isner.

Here is the complete ranking of the statistics posted through social media by Enrico Maria Riva. PERCENTAGE OF BREAK BALLS SAVED John Isner 79.78%
Milos Raonic 76.47%
Vasek Pospisil 71.62%
Humbert 68.56%
Krajinovic 68.35%
Feliciano Lopez 68.25%
Marin Cilic 67.74%
Matteo Berrettini 67.69%
Rafael Nadal 67.50%
Reilly Opelka 67.11%
Novak Djokovic 67.08% Meanwhile Rafael Nadal expressed on the defeat at the ATP Finals: "At the beginning of the match I think Daniil was playing better than me, then slowly I managed to make things work despite the problems and let's say that I made things right.

I struggled a lot but on 3 all I got the fateful break that gave me the first set. In the second set the story was similar but unlike the first match I played better than him. I must say that I had the game in hand with the 5-4 and, but I played a bad game and this gave strength to Daniil who returned to the game and then won this important success.

I can only congratulate him on the victory obtained today. Physical problems at the end of the race? Ninth, luckily everything is fine! If the Australian Open 2021 will be played? We have to wait and see what the Australian Government tells us, there is an ongoing Pandemic and many problems and the goal is to play as many games as possible.

tournaments next year, we need to be flexible and we have to adapt to this problem but we need to play because there are so many tennis players who live thanks to tennis and cannot stand still. We hope that the vaccine arrives soon and that we can all return to our daily lives "Is it unfair that the ATP Finals are played on concrete?" I have my personal opinion about it, but I think that after this defeat it is not the case to talk about it, I have had the chance to go to the final and I didn't take it.

Targets? "I believe that next season too, I will have similar objectives to previous years, I will work hard in the preseason and aim to win as many tournaments as possible, I think it is certainly a very important season for me."