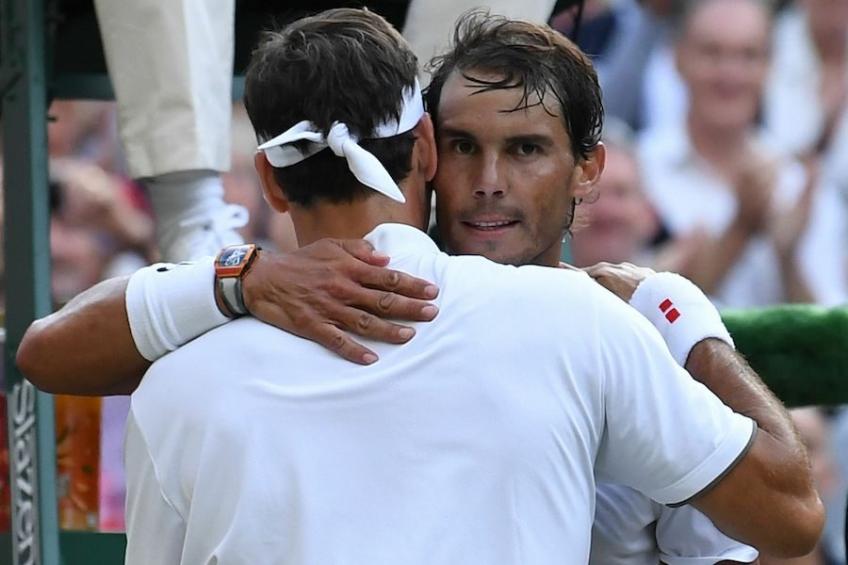 Rafael Nadal and Roger Federer's friendship always showed respect. The Spaniardl has always proven himself stronger than any physical and mental obstacle that has appeared during his career, and the latest revelation only increases his legend.

In an interview he revealed that he had played the start of the 2008 epic Wimbledon final against Roger Federer with his anesthetized foot. The 2008 Wimbledon final will be remembered as one of the most beautiful tennis matches ever.

Roger Federer and Rafael Nadal gave birth to an unforgettable battle, which lasted 4 hours and 48 minutes but lasted for more than 7 hours due to the persistent London rain: at the end, around 9.15 pm local time, the Majorcan proclaimed himself champion for the first time in the Championships, with an incredible 9-7 in the fifth set.

"I never forget that our teams were together in the Player's Box at Wimbledon, as always, and that Roger's father helped me down to the court after I defeated his son. We have a fantastic relationship between our families.

Nadal leads 10–4 in all Grand Slam tournament matches, 6–0 on clay, 3–1 on hard courts and trails 1–3 on the grass in major tournaments. The contrast in playing style has been a source of debate for commentators and analysts.

The heavy topspin created by Nadal's groundstrokes combined with his strategy of directing the majority of his serves and groundstrokes to Federer's single-handed backhand keeps Federer on the defensive and makes it harder for Federer to use his aggressive groundstrokes to dominate baseline rallies as he typically does against other opponents.

Federer says he is a different player due to Nadal's presence, citing Nadal's game as a major reason for improvements in areas of his own game. When interest in their rivalry increased, both Federer and Nadal collaborated to arrange occasional charity exhibition matches to benefit their charities' philanthropic interests.

The most recent was the Match for Africa, played on 21 December 2010 in Zurich, Switzerland, which Federer won, and a follow-up match played in Madrid on the following day, titled "Joining Forces for the Benefit of Children," which Nadal won.