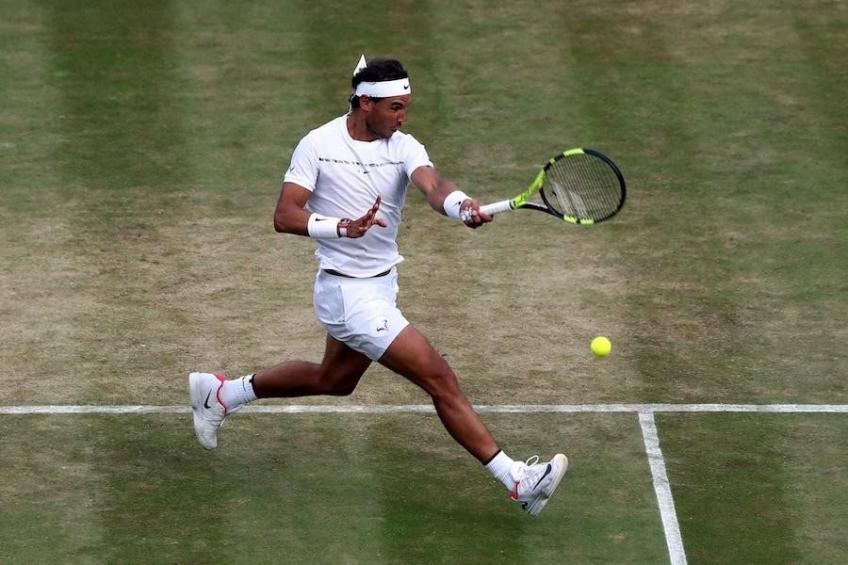 Why is Rafael Nadal good enough on grass-courts? Making an ATP debut at home in Mallorca in 2002, the 15-year-old Rafael Nadal experienced the magic of the top-tie professional level. A teenager became one of the youngest players with an ATP victory, leaving his junior duties behind and feeling confident about his abilities against much older and more experienced rivals.

Rafa scored 19 Challenger wins in the first three months of 2003 to crack the top-150, notching five ATP triumphs in Monte Carlo, Barcelona and Hamburg to make a name for himself, still at 15. Rafa had to pass what could have been an impressive first appearance at Roland Garros due to an elbow injury, making Grand Slam debut at Wimbledon with no events on grass before London.

Nadal competed at Wimbledon a year ago on the junior level, reaching the semi-final and gathering experience and confidence on the surface he wasn't familiar with.

By the will of the draw, the Spaniard had an easy day at the office versus Lee Childs, becoming one of the youngest players in the third round in the Open era.

Skipping Wimbledon in 2004 due to an injury, Rafa suffered an early loss to Gilles Muller a year later, working on his game and delivering the necessary updates to become a contender on grass. In 2006, Nadal survived a thrilling contest against Robert Kendrick in the second round, battling from two sets to love down and raising his level to advance into the final.

There, Rafa won a set against the defending champion Roger Federer who was victorious in the end, repeating the same outcome a year later when he toppled the Spaniard in the decider. Determined to transform his improved abilities on the fastest surface into trophies, Nadal would win both the Queen's and Wimbledon in 2008, making a big step on his path towards the greatest players of all time.

"It is true that my style of play and my way of understanding tennis had led many people to believe that my game would never be suitable for this surface. However, both my team and I did notice I was capable of playing well on grass.

In the end, confidence and positivity helped me convincing myself that I could play on every surface, including the most extreme one. I made the semi-final at Wimbledon as a junior and reached the third round on professional debut," he said.