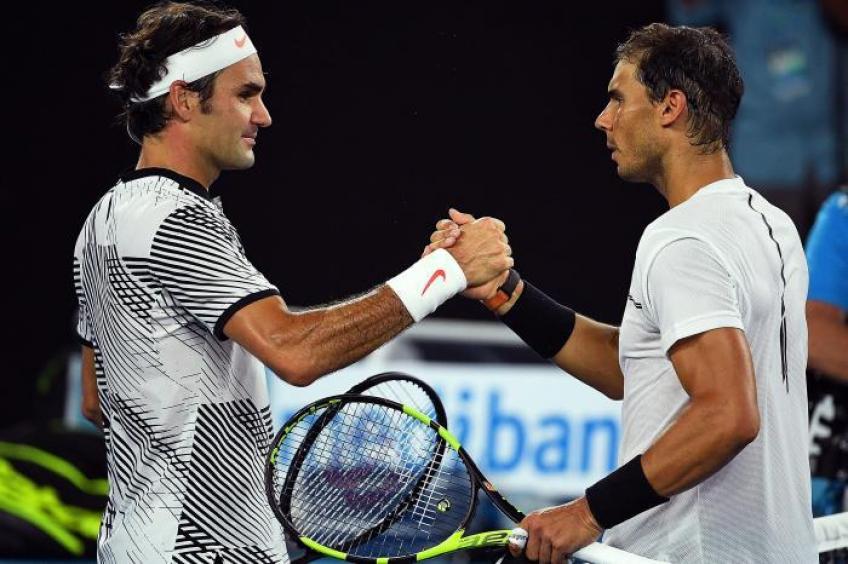 When Rafael Nadal met Roger Federer: the Swiss Maestro recalls when he met the Spaniard for the first time. In 2003, Roger Federer captured the first of his eight titles in Wimbledon. The Swiss champion, which had came backd from three first-round defeats in its first four Championships appearances, had already shown his potential by beating Pete Sampras in what is remembered as the changing of the baton.

With the passage of time, the Swiss Maestro managed to resolve his character gaps, as well as expressing a more continuous tennis that made him devastating for his opponents in a very short time. During a long interview with the Swiss press, the 20-time Grand Slam champion remembered his first seal at Wimbledon 17 years ago, a moment that will remain forever in the heart of Federer and a fundamental junction in the modern era of tennis (Federer also discussed his rivalry with Rafael Nadal).

Roger Federer said: “My first win at Wimbledon is what comes to my mind spontaneously when asked. Winning this tournament was what I had always dreamed of when I was a child and suddenly seeing it come true, it was magic.

It was the most beautiful and intense moment of my whole sporting life. When I met Rafael Nadal the first time, he surprised me because he was extremely shy off thecourt and when you see him playing on a court...The aggressiveness with which he plays is incredible.

There has always been a lot of rivalry between us and sometimes it was not easy. We had great duels, but we always respected each other. We knew that we were references for many people and represented this sport that we love so much.

Our families get along very well, we always congratulate each (other after each) of our titles." The rivalry between Federer and Nadal has been a huge part of both men's careers. Their Grand Slam tournament histories are of particular interest, especially their all-time record of nine finals encounters.

This includes playing French Open and Wimbledon finals for three consecutive years (2006–08), culminating in what many consider the greatest match in tennis history at Wimbledon 2008. Nadal, who had to defeat Federer during each of his first six Grand Slam title runs, possesses a 6–3 advantage in their Grand Slam finals encounters as well as a 4–1 edge in semifinals.

During a stellar 22-year long career, Roger Federer has been the epitome of excellence on the tennis court and a role model off it too.