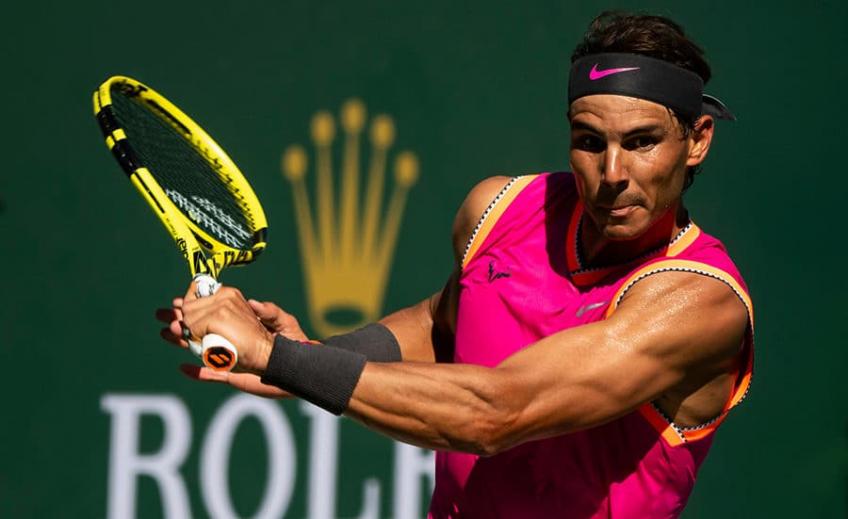 Rafael Nadal, actual world no.2 of the ATP Ranking is resting the most after the suspension of the ATP Tour due to the Coronavirus emergency. Unlike other sports that have already resumed official competitions, professional tennis will start again in a few weeks.

The Spanish phenomenon will probably give up defending the title at the US Open, given that the director of the Mutua Madrid Open Feliciano Lopez has already announced the participation of the Iberian in the Masters 1000 in the Spanish capital (which will start the week after the conclusion of the US Open ).

During a long interview , the former World number 1 revealed how he spent this long period away from the fields. The 19-time Grand Slam champion has developed his passion for cooking, thanks also to the delicacies that the island of Mallorca offers.

Nadal: "Over-ambition can be negative"

Many in the tennis world have taken Nadal’s confirmation to mean that he’ll almost certainly decide to skip the US Open. "Well everybody did different things during lockdown.

I tried to cook more than before. Of course I make mistakes but somewhere I start to cook different things. In such moments it is important to have some fun too. Well I love seafood, so if I have to say something, the broth, seafood broth with rice" - he added.

Barker also asked Nadal if winning a 20th Grand Slam served as a motivation: “I say thousands of times now, I do my way. I am super happy with how my career has evolved all these years. I can’t go crazy thinking about 20th or I don’t know if Novak is winning more.

I just try to do my way. I just try to keep enjoying tennis," Nadal added. "Of course I will love to finish my career with 25 if possible! (laughs). But my feeling is it's important that over-ambition can be very negative. I just try to follow my route, my way.

I hope to keep produce myself opportunities in the next couple of years”. Nadal has played Djokovic 55 times, with the Serb shading their head-to-head record 29-26. In 40 meetings with Federer, Nadal has won 24, including that incredible Wimbledon final in 2008 when he proved he could play on grass as well as clay. He remains, as Djokovic says, a mental giant. And he’s not done yet.