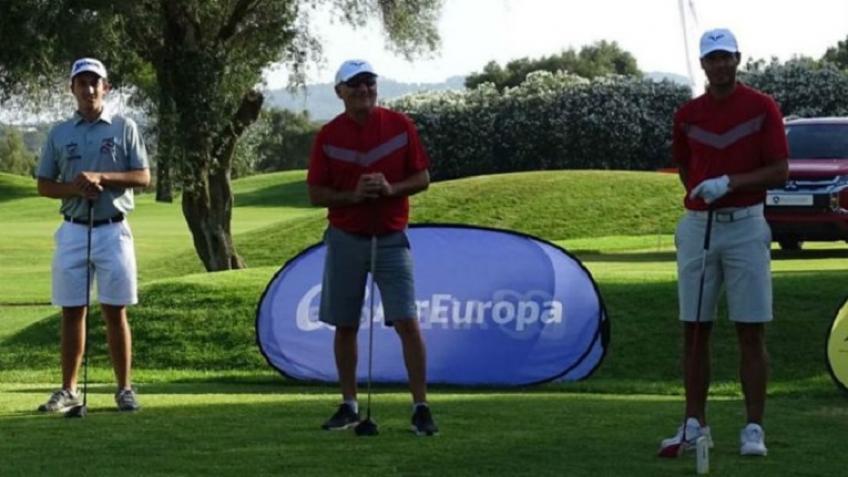 According to the Spanish daily Marca, Rafael Nadal took part in a tournament in Mallorca: the Son Antem golf. Nadal has been a big fan of golf for many years now. In 2011, he wrote a column for the Telegraph, in which he spoke about his likeness for the game and also his competitiveness while playing the sport.

The Spaniard said: "I think I have a capacity to accept difficulties and overcome them that is superior to many of my rivals. Maybe that is why I like golf so much, because it's a game that also plays to the discipline I've acquired in tennis to stay calm under pressure.

You need a base of talent, obviously, and lots of practice, but what's decisive in golf is not letting one bad shot affect the rest of your game. I find it impossible to play any game without giving 100 per cent. As a little boy I’d hate losing at anything.

I take my cue from Tiger Woods. From start to finish, I barely say a word to my rivals; I certainly don't compliment them on a good shot. They complain, they get angry with me, curse me for my rudeness."

The Spaniard has confirmed that he will be playing the Mutua Madrid Open Masters series event in September.

At the majors, Nadal has won a record 12 French Open titles, four US Open titles, two Wimbledon titles and one Australian Open title, and won at least one Grand Slam every year for ten consecutive years (2005–2014).

1 five times. With the tennis Tours set to resume in August, world No. 2 Rafael Nadal has begun training over the past few weeks. The Spaniard was captured practicing on clay at the Rafa Nadal Academy in Mallorca by a tennis fan, who posted the same on their social media account.