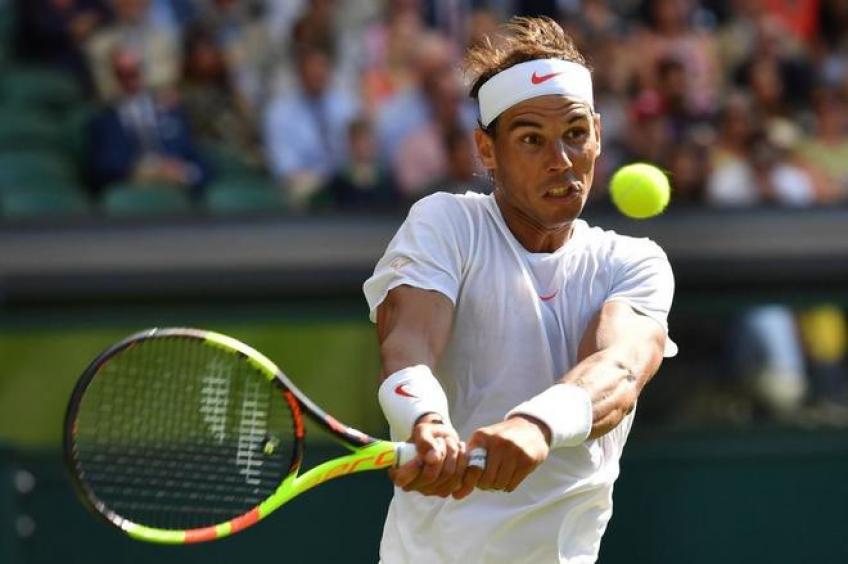 Rafael Nadal is one of the strongest tennis players of all time. The Spanish champion won 19 Grand Slam titles and he is at only one title from the record of the Swiss rival Roger Federer. His enormous success is not only due to his great talent, but also and perhaps above all thanks to his great ethics outside the playing court.

As we know the life of a sportsman requires great sacrifices and so much discipline that we do not see since it is all behind the scenes. Rafael Nadal's routine is fundamental and basically we also notice it from some small details during the challenges and the interviews.

In fact the Spaniard must have the bottle of water and his towel in his place and before each service he must touch his hair, shorts and rubbing his nose, a routine we've been used to for over a decade. During a recent video recorded for MAPFRE, the company that sponsors the Rafa Nadal Tour, the Spanish champion described some of his habits and dietary choices.

During the interview the current number 2 of the ATP ranking said: "The human being must have a correct routine and always repeat the same things. I am very orderly, especially in the things that I consider important.

I have had the same routine for years before playing a tennis match and this helps me a lot. I try to repeat every day, this gives me confidence and tranquility, it leads me to realize that I am really doing my best." During his typical day Rafael Nadal takes about three showers a day, wakes up every morning at the same time and sets two alarms for safety.

He loves being with his family, but at the same time it must be remembered that every year he is away on business for about 238 days. Consequently, Rafa has repeatedly confirmed that this quarantine has been a "pleasant holiday with his family" for him.

For an athlete's career and in this case for Nadal, diet is fundamental: after the races and after the training, the Spaniard applies specific diets and really eats a lot of fruit. In particular Nadal eats 172 kg of fruit per year, equivalent to about 4 normal sized apples per day.

In addition to this, Rafa uses numerous physiotherapists with whom to carry out the therapy and Nadal spends 568 hours a year with physiotherapists. Rafael Nadal should come back on the court for the next clay-season, which will start in late September, after the Western and Southern Open and the US Open, both scheduled in New York. Rafa should play at the Mutua Madrid ATP Masters 1000 and at the French Open. He could skip the US Open.