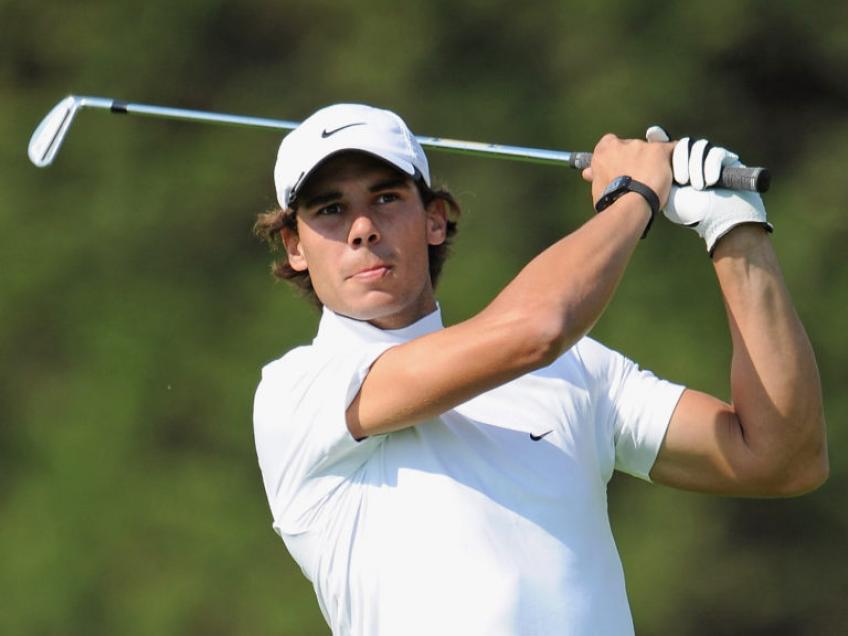 Does Rafael Nadal play more golf or soccer? The Spaniard said: "Well, I love soccer. But the problem is that it will be dangerous, for the injuries, no? So, I am playing more golf these days. I like to play golf, it is a social sport.

I get to spend time in the family, with friends. It's a sport with hand technique, where you can compete with people with all kinds of different level. That makes the sport fun. " Asked if he was as good at soccer as he was at golf, Nadal explained: "Soccer, I'm very bad at it today.

I used to play soccer for a team here as a 14-year-old. I was okay, not bad. But now, honestly I am not able to play football, I am either bad or very bad at it." Rafael Nadal has had his share of rivalries over the years. And at 34 years-old he still continues to dominate the tennis world, along with his Big Three peers Novak Djokovic and Roger Federer.

Nadal certainly cherishes his rivals, and has never been too proud to admit that he would rather face easier competition from time to time. The 19-time Grand Slam champion is also known to have a rigorous training routine that matches up to his highly physical playing style.

Nadal's passion for other sports

For the past 15 years, Rafael Nadal has dominated tennis alongside historic rivals Roger Federer and Novak Djokovic. The Spanish phenomenon has gained fame and popularity all over the world thanks to the self-sacrifice, concentration and determination, which allowed him to conquer 19 Grand Slam titles in total.

The former World number 1 has been training on clay in recent weeks, a choice that has led many to speculate on his flat rate at the US Open to focus exclusively on Roland Garros. In case of 13th success in the French capital, Rafa would equal Federer at 20 Slams.

When he's not busy hitting the competition straight, Nadal loves to play other sports too. During a live on Facebook sponsored by KIA, the Iberian champion revealed what physical activities he likes to undertake when he is not on the tennis court.

Rafa has repeatedly stressed his love for football, being a huge fan of Real Madrid and the Spanish national team. In 2010, immediately after winning his second title at Wimbledon, the Mallorcan traveled to South Africa to attend the World Cup final which crowned the Spanish team.