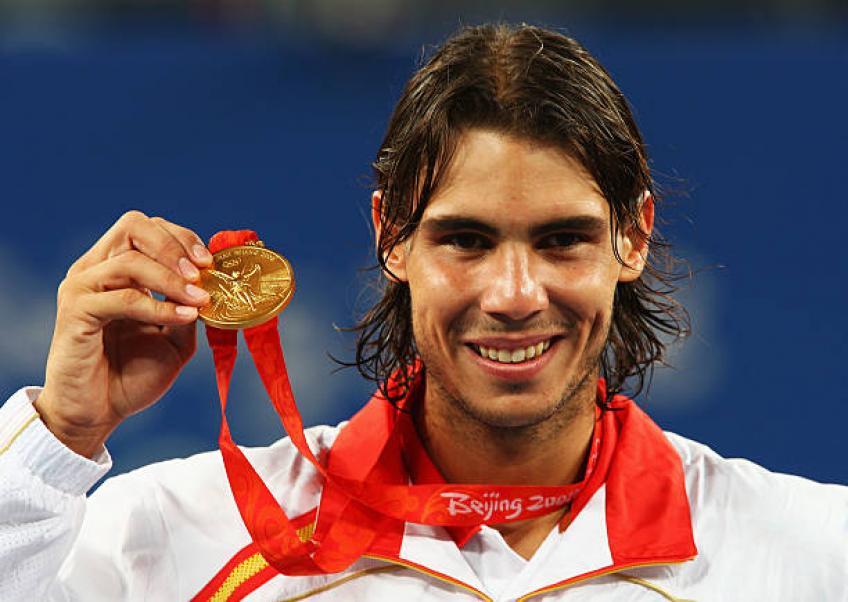 Rafael Nadal recalled his memories of being the flag-bearer for Spain at the 2016 Rio Olympics. The Spaniard said: “My personal experience at the Olympic Games has always been incredible and, obviously, being a flag bearer in Rio is an unforgettable moment.

I was extremely excited and it was an incredible experience. The fact of being able to share that moment with all my teammates, the selection, with the entire Spanish delegation is difficult to describe. The energy that one feels when he goes out there in the middle of any opening ceremony of the Games is indescribable." Rafa also added: “Imagine the fact that you came out first representing your country.

Having had that opportunity, I enjoyed it to the fullest. I hope that the next ones that come can enjoy it just the same." The Spaniard was thankful that after missing in London, he got the opportunity to be in Rio and it was a great satisfaction for him.

He was also grateful to Alejandro (Blanco, president of the Spanish Olympic Committee -COE-) and to all those who made it possible or who thought at the time that he could be the person chosen to represent the entire delegation.

Even Novak Djokovic and Roger Federer are seriously committed to having a good run at the upcoming Olympic Games in Tokyo that will take place in 2021 after being postponed for one year because of the Coronavirus pandemic.

What about the season

Rafa should skip the US Open 2020, in order to play the clay-swing in Europe, especially the Mutua Madrid Open and the French Open. Nadal has said that he is very much a source for you regarding his career development and that he wants to focus on tennis rather than on results and in particular on the Slam race that the Spaniard is carrying out together with Roger Federer and Novak Djokovic.

Currently, the World number 2 has won 19 Grand Slam titles, one behind Roger Federer, standing at 20, and ahead of Novak Djokovic, instead standing at 17. The Spaniard explained that there are four Grand Slam tournaments and nine Masters 1000 tournament every year.

However, the Olympic Games are only there once in four years. Hence, there are fewer opportunities to win a medal in the most prestigious sporting event in the world. The Spanish Olympic Committee (COE) created an inspirational video with several of their former flag-bearers sharing their Olympic experiences.