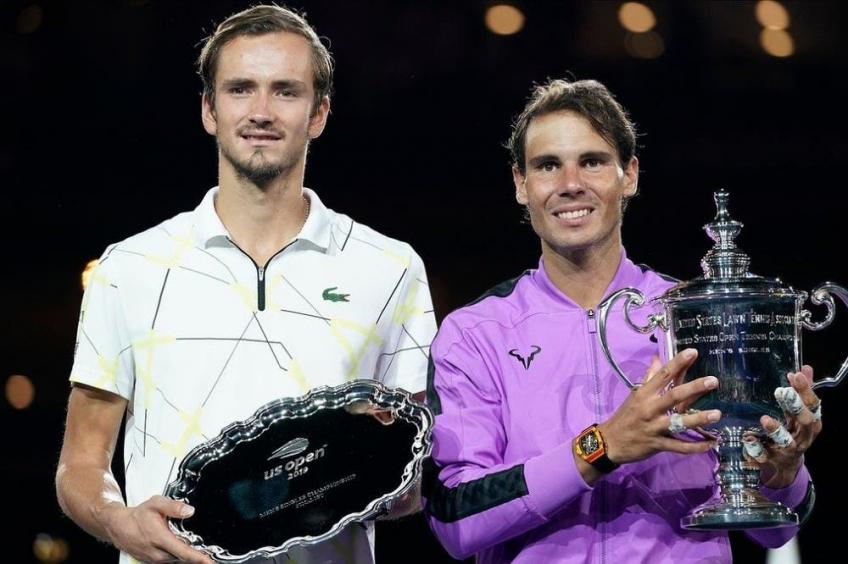 Rafael Nadal made a terrible start of the ATP Finals last November, losing to Alexander Zverev in straight sets. Rafa had to fight against Daniil Medvedev in the re-run of their amazing US Open final, beating the Russian for 6-7, 6-3, 7-6 in two hours and 46 minutes.

Daniil had the encounter in his hands, leading 5-1 in the decider and wasting a match point in the seventh game before Rafa performed a comeback to seal the deal in the tie break. Speaking about the match, Daniil said he would love to repeat it and play on a higher level after building such a massive lead in the final set.

It was their third meeting and the third triumph for Rafa who claimed three points more than the Russian, scoring the crucial break at 4-5 in the deciding set to keep himself in contention before winning the breaker and emerging at the top.

World no. 1 fended off four out of six break chances, earning four breaks from nine opportunities and prevailing after saving a match point for the first time since Beijing 2017. Rafa had 26 winners and 27 unforced errors, improving his level significantly in comparison to that first match against the German.

The 19-time Major champion overpowered Daniil in the mid-range exchanges to cross the finish line first, canceling 41 winners and 40 mistakes from the Russian and delivering essential 200 points in the year-end no. 1 battle with Novak Djokovic.

Rafa saved it to reach the tie break that Daniil claimed 7-3 after a service winner, moving a set away from victory after 53 minutes. Raising his level, Nadal lost six points on serves in set number two and kept the pressure on Medvedev, scoring a break in the first game after a loose forehand from the Russian for a much better position on the court.

Delivering one good hold after another, Rafa grabbed another break in game nine to close the set in style, gathering momentum ahead of the decider where he was the favorite. Instead of that, Daniil earned breaks in games one and three to race into a 4-0 advantage, creating two more chances on the return in the fifth game that could have pushed him further ahead.

Rafa repelled those and found the energy to climb back, saving a match point with a perfect drop shot at 1-5 and pulling the second break back at 4-5 to extend the clash and his chances. There were no mini-breaks in the first nine points of the tie break before Rafa scored one in the tenth point when Daniil's forehand landed long.

The Spaniard sealed the deal in the 11th point, following a backhand mistake from his opponent to celebrate the victory and stay in the chase for the semi-final. "I have to be honest, the match against Rafael Nadal in London, the match point, what else can I say? I thought it would be a tough question to find an answer but actually it's an easy one," said Daniil Medvedev.