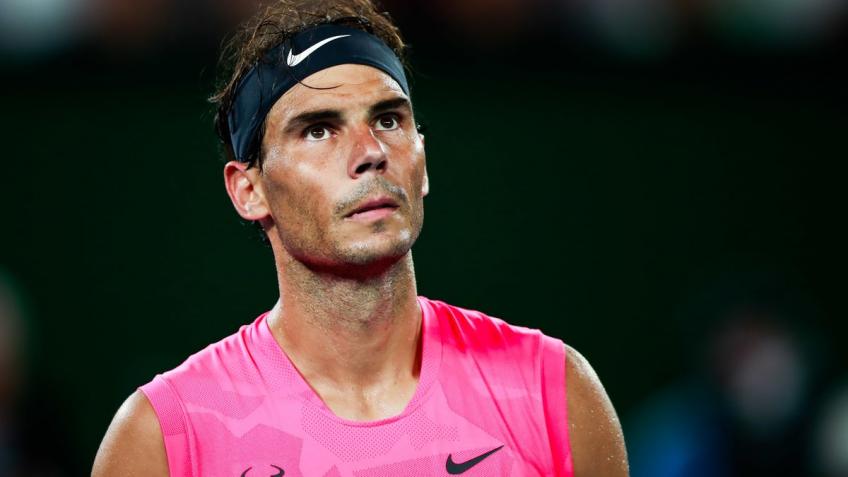 The greatest sportsmen in the world have a very great following of fans around the world. In most cases they are ordinary people, but not always. Sometimes they can also be champions of other disciplines. This is the case, for example, of the famous Olympic swimmer Chad le Clos, who remembered his 'fanboy' moment with the 19-time Slam champion Rafael Nadal at the last Rio 2016 Olympics.

The South African swimmer was one of the main superstars of that Games, where he won the silver medal in both the 200 freestyle and 200 butterfly, without forgetting the two medals he had been able to win during the previous London 2012 Olympics (when he also defeated his majesty Michael Phelps ).

Le Clos had never hidden his admiration for Nadal, enough to dream of meeting him one day. In a long interview with MARCA Claro, Chad recalled that fortuitous exchange of courtesies in the Olympic village four years ago. “I remember that in 2016 I was eating sitting at a table when I saw Rafael Nadal five or six meters away.

The moment I realized it, I thought that a bigger fortune than that could not happen to me. My coach and I approached him and asked him if it was possible to take a picture with him. He accepted with great kindness. We took a selfie and ate something together, it was really crazy," said Le Clos.

The Olympic Village is known for offering athletes the opportunity to meet outside their respective disciplines. Absolute legends of the caliber of Usain Bolt, Michaels Phelps, Roger Federer and Andy Murray had the chance to share some moments with rising stars like Missy Franklin, Briana Williams, Michael Norman and Stefanos Tsitsipas.

The next edition of the Games will be held in 2021 due to the Coronavirus emergency.

According to the Rafael Nadal museum's official site, "Rafa Nadal is very involved and excited with this new project where he shares the most important trophies of his career, some rackets, and several sports accessories exhibited at the Rafa Nadal Museum Xperience.

As a sports enthusiast, not just in tennis, his dream has been to create a location where sports are the real protagonists, paying tribute to all types of sports and their main athletes. If you love sports, you can enjoy a unique exhibit at the Rafa Nadal Museum Xperience where pieces and sports material has been donated from athletes you have always admired.

Here you can have a global vision of sports history from the greatest protagonists. Many athletes, who have left their mark in sports history, are present at the Rafa Nadal Museum Xperience and have donated their most significant objects.

Michael Jordan's t-shirt, Usain Bolt's running shoes, Sebastian Vettel's helmet, Tiger Woods's golf club, Cristiano Ronaldo's soccer shoes, or Michael Phelps´s swimming trunks are some of the objects you can find at the Rafa Nadal Museum Xperience… Within the 1,500 m2 you can have fun and compete against your friends as you learn sport's values.

The Museum represents the values ​​of the ambassadors, Rafael Nadal, and his foundation. The areas of the exhibit are important educational and teaching components, while the experience areas represent aptitudes and values ​​present both in the sports world as in life."