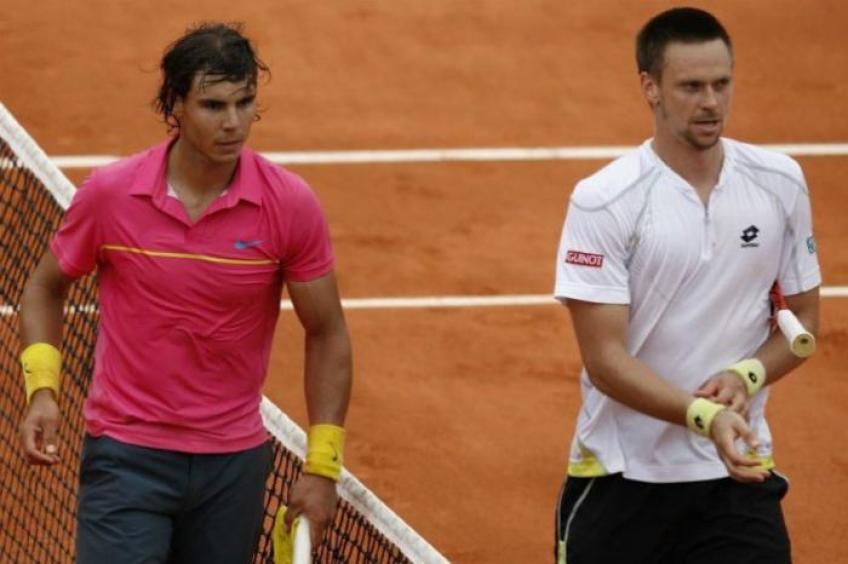 In very amazing interview of some minths ago, Robin Soderling revealed that in the past he often thought of suicide. Instead in a recent interview, Robin Soderling explained his unorthodox tactics against Rafael Nadal at the 2009 French Open fourth round.

Soderling said about that match: “At the 2009 Roland Garros, I became the first player to beat Rafael Nadal on the clay-courts of the Philippe Chatriere Stadium. I went into the match with absolutely nothing to lose and everything to win.

I didn't know how to play with topspin anyway, so I just played even flatter. I didn't care if I missed. I knew I wouldn’t win if I didn’t take my chances and that day it worked out really well. I was playing so freely.

That was an amazing feeling. To those who dedicate themselves to sport and their entire environment, I tell them to train hard and take it very easy. From here I tell them to play sports because they feel comfortable doing it and not because of pressure.

The first alternate is Andy Murray, champion of the tournament in two thousand and twelve, who obviously should have no problems entering. The Briton was also awarded a wild card by the organizers of the Western & Southern Open of Cincinnati, this year at Flushing Meadows. In the women's Entry List there are all the Top 10 except for the number one in the world Ashleigh Barty.