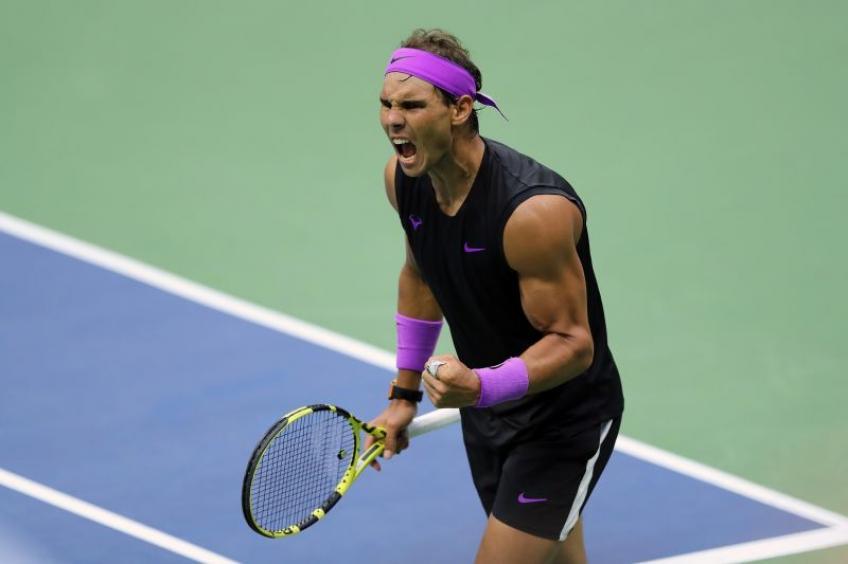 Rafael Nadal was arguably the most successful player in tennis history. The Spanish champion won his first match at ATP level at the age of 16 and three years later was already the Roland Garros champion. Comparisons with other young talents have been inevitable in recent years.

For some time now, Carlos Alcaraz has been highly talked about, the great promise of Iberian tennis and nicknamed 'Baby Nadal' by many. It will not be easy for Spain to manage the legacy of the 19-time Grand Slam champion, who this year could equal Roger Federer's all-time record if they triumph at Roland Garros.

The former world number 1 has in fact decided not to fly to New York for the US Open, a choice that was in the air since the resumption of training. "I haven't talked much to Rafa, but he's my idol because of his behivior, attitude and passion for tennis" - said Alcaraz, who this year became the youngest player to win an ATP match.

since 2013 (as well as the youngest Spaniard since Nadal himself). Carlos is followed by a former world number 1, Juan Carlos Ferrero, who compared his pupil's game to that of Roger Federer and Novak Djokovic. “If I have to be honest, his way of playing is more similar to that of Djokovic and Federer.

They like to be aggressive from the back line and go to the net to close the point. I understand that there are high expectations, also because it is a long time that here in Spain we have not had any such strong boy of 16 or 17 years-old.

We must try to protect him from excessive pressure, so that he can safely go his way. The comparison with the other great Spaniards will be inevitable, but our goal is to help him keep things normal to keep him calm" - clarified Ferrero.

Soderling on his enemy Rafael Nadal!

In very amazing interview of some minths ago, Robin Soderling revealed that in the past he often thought of suicide. Instead in a recent interview, Robin Soderling explained his unorthodox tactics against Rafael Nadal at the 2009 French Open fourth round.

Soderling said about that match: “At the 2009 Roland Garros, I became the first player to beat Rafael Nadal on the clay-courts of the Philippe Chatriere Stadium. I went into the match with absolutely nothing to lose and everything to win.

I didn't know how to play with topspin anyway, so I just played even flatter. I didn't care if I missed. I knew I wouldn’t win if I didn’t take my chances and that day it worked out really well. I was playing so freely.

That was an amazing feeling. To those who dedicate themselves to sport and their entire environment, I tell them to train hard and take it very easy. From here I tell them to play sports because they feel comfortable doing it and not because of pressure.