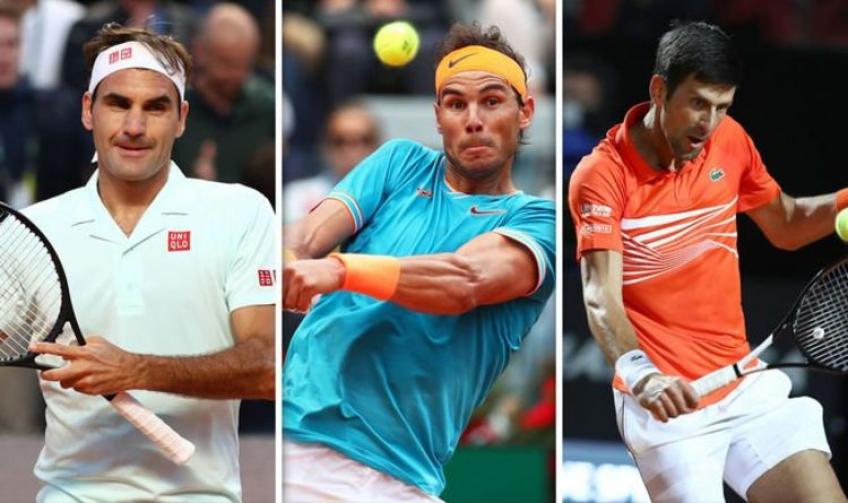 Rafael Nadal, Roger Federer and Novak Djokovic are the most successful tennis players, among the most loved in the history of the Game. Their influence is enormous, both in tennis and in sports in general. Just look at the influence Nole had when he called the crowd for the Adria Tour.

Then we all know what happened. Novak received harsh criticism after he, his wife Jelena, Grigor Dimitrov, Borna Coric, Goran Ivanisevic and Viktor Troicki tested positive for virus after the second stage of the Adria Tour.

The intentions of the World number 1 in organizing the offending performances were good, but the 17-time Grand Slam champion should have relied on a minimum of common sense in the midst of a global pandemic. Former Player Council head Vijay Amritraj explained that, although the goal of the Serbian player was absolutely noble and the demonstration had been authorized by the local government, he should have done everything possible to ensure the safety of all those involved.

Many are calling for Djokovic to be dismissed from his role as President of the ATP Player Council (where Roger Federer and Rafael Nadal are also present).

Vijay Amritraj on Rafael Nadal and the other Big 3

"In hindsight, yes, obviously he could have taken a lot more precautions before running the event," said Amritraj, who then told: "In spite of certain local government mandates, I think it is critical to follow some common sense.

As days progressed, I realized that they were going to put about 1,000 people in a stadium and I really didn't know how big the stadium was. And later on, after finding out that the event itself had pretty much a full house from the perspective of fans and none of this social distancing, masks, all of that were even in play, it became very much more of a concern Same for Roger Federer and Rafael Nadal, whatever they say or do is going to have a great degree of influence over the sport worldwide and what people think.

The crowd usually makes a huge difference. Unfortunately you will lose that element of the match. It will be pretty straight-forward to see a spectacular point and there will be no applause in the way. So that certainly will affect the players.

But again, it's something that we have to get used to, and it's better than not having it at all," he concluded. ATP warned that the new schedule could still be changed depending on health and safety conditions at the tournament locations, but they're also continuing to explore adding additional tournaments to the schedule.

Board of men's Tour also said that all events will be held with reduced or no fans on-site and under strict social distancing and health and safety guidelines.