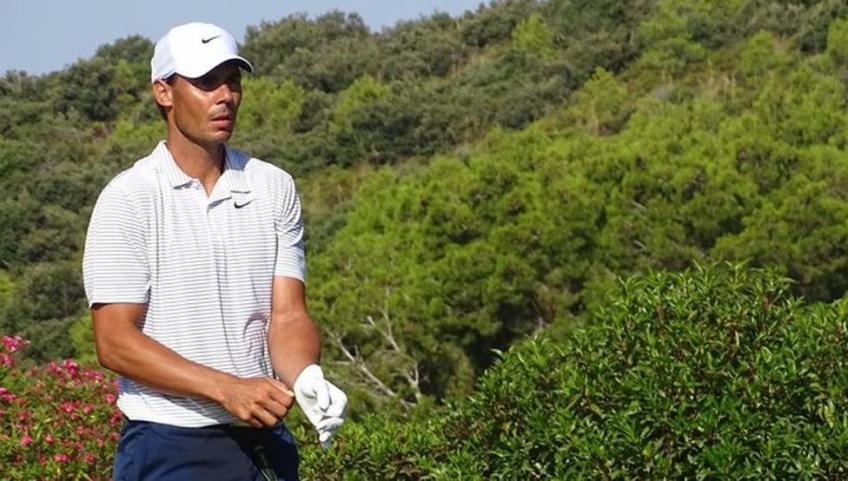 Rafael Nadal's presence at the Masters 1000 in Cincinnati and the US Open is in strong doubt. The Spanish champion is training hard on clay and seems to be ready to start right from the European season. Waiting to be able to compete again on those fields so dear to him, Nadal has decided to participate in the golf Absolute Championships of the Balearic golf.

The 19-time Grand Slam tournament winner has always said that he enjoys this sport very much. Here are the images and the video of one of the most beautiful plays of the Majorcan.

Rafael Nadal's end of career is near according to a journalist

With Roger Federer out of the game until at least the beginning of 2021, the former World number 1 will have the chance to lock him at 20 Major by triumphing at the US Open or Roland Garros.

Despite the different position in the calendar, Rafa will still start favorite in the French capital, where he aims to seize his thirteenth seal. Angel Garcia Muniz is one of the journalists who knows best the backstory of Nadal's career, having published one of his most successful biographies.

Angel Garcia Muniz said talked about the end of the career of the Spanish, saying: "At 14 he wins a Wimbledon champion, at 15 his first ATP game and at 16 he wins Albert Costa, Roland Garros champion. He had to decide between tennis And soccer.

One of his uncles, Miguel Ángel Nadal, was a highly successful professional footballer, spending his career at Mallorca and Barça. Precisely another of his uncles, Toni, is the biggest culprit for Rafa being the way he is.

Toni is the one who has furnished the most privileged head of sport. One day Rafael Nadal played a game with a broken racket because he learned not to complain about anything. Toni made him collect all the balls. If he left the bottle of water, he would not buy another so that he would not forget it "- he added.

On the retirement of the Spaniard, his biographer predicts that it will not take too long to arrive:" The end is near . 2, 3 or 4 years. I don't think it will be much more. " Cincinnati Masters is scheduled to be the first ATP Tournament since March, and has been moved to Flushing Meadows in New York for safety purposes.

Players who take part in the Cincinnati Open are almost certain to also play the US Open, so it is a potentially eye-opening list. They have revealed a stellar line-up for the players, with Novak Djokovic and Rafael Nadal joined by Dominic Thiem, defending champion Daniil Medvedev, Stefanos Tsitsipas, and Alexander Zverev.

Former winners Grigor Dimitrov and Marin Cilic are also in the draw. Kevin Anderson and Nick Kyrgios are also on the list, although Andy Murray isn’t.