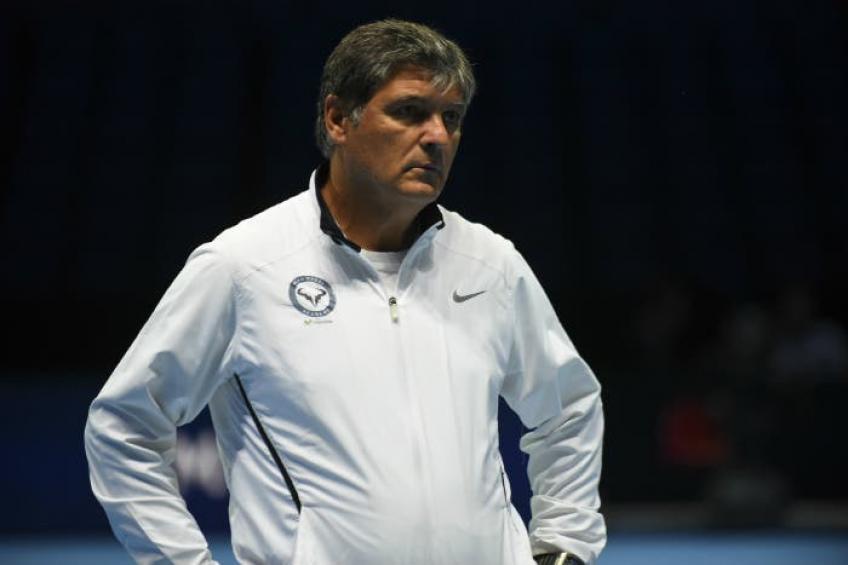 When we talk about Roger Federer, Novak Djokovic and Rafael Nadal we are certainly talking about three legends of the tennis world and three of the greatest tennis players of all time. Called as the Big Three, they have won all 4 Grand Slam events, have been at the top of the world rankings of the ATP circuit, have won at least one edition of the Davis Cup and together form 267 tournaments.

Talking about their records is now almost normal, they are all over 30 years old and despite this they continue to be the favorites when playing a Grand Slam test. Rafa Nadal's uncle and former coach Toni Nadal recently spoke about this and more in an interview with the Colombian tennis federation.

Toni Nadal on the Big Three

During the interview, the well-known coach said: "Rafael Nadal, Roger Federer and Novak Djokovic have always remained at the top because no one is really committed as they do. These three players win when they play well, but the problem is that when they don't play well, they may struggle more than expected, yet they still win.

This is the reason why they are still ahead of NextGen: these of the new generation can find a good day and win, but then as soon as things go wrong they go into crisis and fall. With the Big Three it's different, I think of Rafa's fighting spirit, an exemplary thing.

I think I'll never train a guy like Rafael again, but it still motivates me to keep setting goals and fighting for new challenges, even if we're talking about smaller challenges." The Big Three are the players with the highest number of Grand Slams won, Roger Federer leads with 20 titles ahead of Rafael Nadal's 19 and Novak Djokovic's 17.

These three players also lead the Grand Slam finals rankings with the Swiss who played 31 finals against Nadal's 27 and Djokovic's 26. The numbers of these 3 are incredible and it will be really hard to repeat them throughout history.

Nadal on his busy schedule Nadal said: "The pressure of competing every single day is high, you can't hide that. When I come back home, I have the chance to go out and spend maybe just one day away from everything without thinking about tennis, just diving and spending the night on board.

It gives me positive vibes. When I am on the ocean, I normally come back with positive energy." In 2020, Nadal led Spain into the finals of the ATP Cup in Australia. A few weeks later at the Australian Open, he lost to the eventual finalist Dominic Thiem in the quarterfinals.

Presently, he’s training on clay courts and has announced his participation at the Mutua Madrid Open. Defending US Open champion Rafael Nadal and world No. 1 Novak Djokovic will headline the US Open warmup event next month in New York: it was announced on Wednesday.