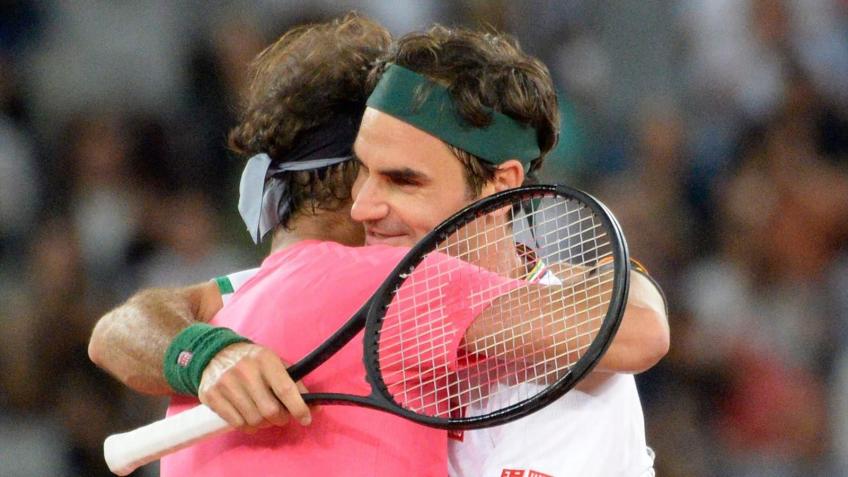 The rivalry between Roger Federer and Rafael Nadal is considered one of the biggest in the history of the Game. The two legend dueled a lot of time and many thought that the left-hand of Rafa certainly represented a point in favor of the Spaniard, something that promptly sent Federer into crisis.

During an interview, Toni Nadal did not show the same opinion and indeed he has a totally different point of view: "When Rafael started playing, when he was 3-years-old, he always took the racket with both hands. I thought he was left-handed, he played soccer and he always seemed like that, I believed in this.

When I was 10 I told him he had to play one hand and not two hands. In general, seeing him play, it was clear that he would make his main shot with the left hand. As a child we tried to make him hit with his right hand, then in the end the only change was to differentiate the one-handed or two-handed backhand.

In the end we evaluated the logical aspect and what was simpler for him. At first I thought Rafa was left-handed, instead he is right-handed. At home he does everything with the right hand and I think that if Rafa had played with the right he probably would have been superior to Federer."

Toni Nadal's thoughts on working to become a champion

Talking about how to become a champion, Toni said: "You have to do what you need.

There are those who go to the psychologist and then there are those who do not particularly need. If someone wants to do yoga before playing, do it, everyone decides a winning way." Toni Nadal has been Rafael Nadal's coach for several years and has been the protagonist in the Spanish Slam's ride.

Rafa won 19 Grand Slam titles and over the years he has become the protagonist of the challenge against Roger Federer and Novak Djokovic. Currently the Swiss leads the race to those who will end with more Slam with 20 titles, then there is Rafa at 19 and finally Novak Djokovic at 17.

Compared to the Swiss, the Serb and the Spaniard have their age and over the years their goal has been to overcome Roger Federer's Slam record in this fantastic challenge. Rafael Nadal won 19 Slams in his career, including 12 Roland Garros, 2 Wimbledon, 4 US Open and 1 Australian Open, and a total of 85 career titles.