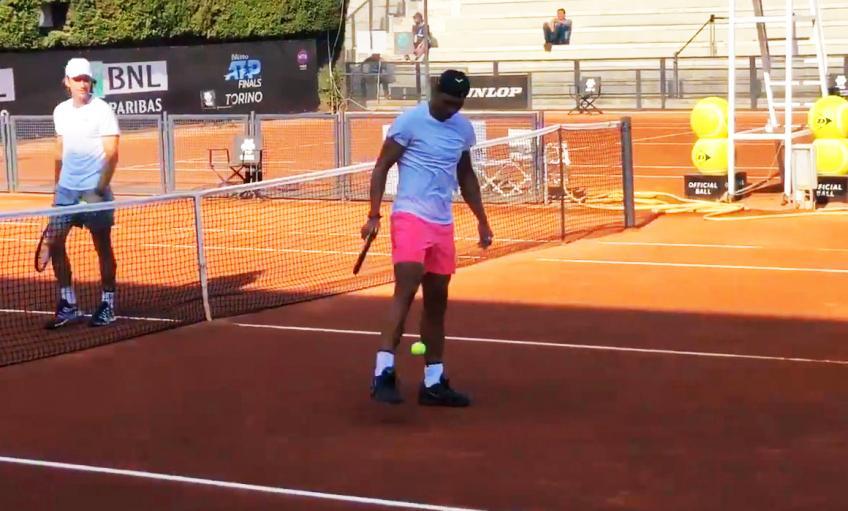 Phenomena like Novak Djokovic, Rafael Nadal and Roger Federer have taken tennis to another dimension. The Big 3 have dominated the sport like no other by helping to expand its popularity, as well as striving to put young people in the best possible conditions for the future.

In one respect, tennis can be considered lucky that Nadal has decided to pursue this career, as the Spaniard was also an excellent soccer player. This indiscretion was confirmed by Rafa's uncle and former coach, Toni Nadal, during a long interview with Infobae.

The 19-time Grand Slam champion possessed all the credentials to excel with his feet. As you know, Nadal's other uncle, Miguel Angel, was a great Barcelona defender, but Rafael has always cheered for eternal rivals Real Madrid.

“He had his uncle who played for Barcelona and our family has always been divided between Catalans and Madrid. I think he made the right choice ”- joked Uncle Toni.

“When he played football, he was doing very well. He was a midfield player with an offensive bent. I remember that he even became the top scorer of his team. It did not have the typical characteristics of the tip with the number 9, but it started from the left front to concentrate ”- he added.

The 59-year-old Spaniard also commented on the establishment of the PTPA by Novak Djokovic and Vasek Pospisil. “We believe this is not the time to do such a thing. I think athletes are sometimes selfish. Tournament organizers would risk losing a lot of money if one or more players were boycotted.

Sometimes you forget that there is someone behind you who allows you to be so remunerated. We have seen something similar in the dispute between Messi and Barcelona. If Messi had left Barcelona he would have had a harder time winning, so both he and the club would have lost a lot ”- he concluded.

Meanwhile In 2019 Rafael Nadal was the protagonist of a fantastic year thanks to the conquest in particular of the Us Open and Roland Garros. In addition to this, it was a very important year for his private life as after years of engagement, Rafa married his girlfriend Xisca Perello last October.

Throughout his career we have always noticed how the current number 2 in the world is a very private person when it comes to his private life but recently Nadal has revealed some small details regarding his marriage and his relationship with Xisca.

Fans of the Spaniard know his results almost by heart, but there has always been a lot of curiosity about his personal life.